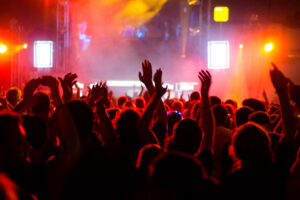 One of the richest men in the UK, Sir Richard Branson, has become the new owner of the world famous “Hard Rock” hotel and casino in Las Vegas.

It is known that the fortune of a British businessman today is estimated at $ 5 billion. The main and most ambitious business achievement in his career is the founding of the “Virgin Group”. This corporation includes more than 400 firms of various profiles.

Branson from early childhood showed an interest in business. At the age of 13, he organized a company for the sale of fir trees and budgerigars. To tell the truth, both directions were not crowned with success.

Today, as for many years before, Richard is called the “King of Transformations” for his modern vision, bold ideas and lack of fear of failure. Over the years, his “Virgin company”, has gone deep into many industries, including air travel, the mobile network, sound recording, medicine and even space travel.

The famous billionaire has initiated the opening of many successful business projects under the “Virgin” brand over the past few decades. The “Virgin Hotel” started in 2010. The first “Virgin Hotel” was opened in Chicago in 2015. Richard plans to purchase real estate in New York, Nashville, San Francisco, Dallas to date.

The first attempts to get involved in the world of gambling business he made in 2000. Then the entrepreneur intended to acquire the “National Lottery”, but was refused.

The opening of the “Hard Rock” hotel and casino was held in 1995 at the corner of Paradise Road and Harmon. The complex included about 1,500 hotel rooms, a casino of 2,787 square meters, various entertainment, halls and retail stores.

The terms of the transaction and the final amount of the purchase were not disclosed at the moment. It is only known that the partners from “Virgin Hotels” in the acquisition of real estate were the company from Los Angeles – “Juniper Capital Partners” and the real estate management company in Toronto – “FanGate Capital Management”. Investment consulting firm “Bosworth Hospitality Partners” has become a party to the transaction already upon the acquisition of a gaming complex.

Following the statement of Sir Richard Branson, large-scale repair work is scheduled for the next year at the gaming resort. The plans of the head of the international conglomerate of companies “Virgin Group” to conduct a global redesign and reconstruction of casino buildings and hotels. The billionaire wants the transformed structures to look as “fun and tasteful” as possible. During the entire process of reconstruction, the casino resort will be open to visitors and will continue to operate under the “Hard Rock” brand.

Richard Bosworth, the founder of the international company “Bosworth Hospitality Partners” will be the new general director of the hotel.

Based on data from the “Associated Press”, at the end of all work, the hotel chain will be renamed “Virgin Hotels Las Vegas”. Sir Branson at a press conference, held on April 27, also warned, that the cult object of a gambling resort (a sign in the form of a guitar) will be replaced by a giant symbol “V”.

At the same time, the billionaire remarked that most of present rock and roll attributes here, which are also a bright legacy of this place, will not be deleted. According to Branson, he is incredibly happy in addition to the “Hard Rock Hotel” to receive also a collection of famous memorabilia from the era of rock and roll.

“The Virgin brand is all about fun and entertainment, not taking everything too seriously,” said the billionaire in an interview with “Fortuna”.

Work on the reconstruction of “Hard Rock” will begin in the near future and will be carried out in several stages. According to Richard, the company is ready to invest hundreds of billions of dollars in the development and successful implementation of this project.

The entrepreneur plans – is to transform casinos and hotels into a high-class international resort, which will be of interest to both foreign visitors and local residents. According to the “Las Vegas Review-Journal”, Branson had already planned to open a casino in Las Vegas long time ago. Reportedly, he wanted to buy property in 1997, when the “Virgin Megastore” closed, but could not find a suitable hotel.

It became known recently, that the “Hard Rock” company intends to build a four-star hotel in the capital of Ireland, Dublin.

How to Stay in Shape as a New Parent

Gambling vs. Betting: Luck vs. Statistics