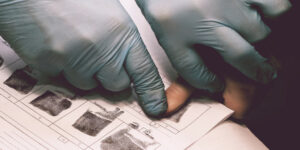 If you are convicted of a violent crime in Texas, the consequences can often be quick and severe. The Lone Star State has some of the harshest penalties around for those who commit murder. If you have been charged with capital murder, there is a chance that you may face the death penalty. Homicide and murder are not tolerated at any level in Houston or around Texas; if you are facing a murder charge, it is imperative that you hire the best capital murder attorney to minimize the consequences – or perhaps even to save your life.

Since 1976, the state of Texas has executed more prisoners for capital murder than any other state in the Union. Over 540 capital murder offenders have been put to death. That equals more than 1/3 of all those put to death around the country.

What is Capital Punishment?

More commonly called the “death penalty,” capital punishment is the state’s legal authority to sentence someone to death if they are convicted of a capital offense in a court of law. The death penalty is the maximum sentence that anyone can receive and is supposed to be reserved for the most egregious and serious crimes committed. It is usually the sentence for killing someone with intent. However, capital punishment is not the same punishment as extrajudicial executions, which are committed without the right legal conviction.

What offenses are considered capital murder in Houston and are subject to potential capital punishment?

Texas death penalty statutes state that homicide or murder can only be punished as a capital offense and punishable under the death sentence if the crime has the following elements:

Texas also exercises the Law of Parties. That means that someone can be eligible for the death sentence if they were in attendance while the crime was being committed and are responsible for the actions of the person who commited the murder.

The argument for capital punishment is that the state doesn’t have to pay to imprison inmates who aren’t “worthy of life” since they took someone else’s. Supporters also argue that there is no risk that those guilty of capital murder can escape prison and be a danger to society, which are both valid arguments. The arguments against the death penalty can be much more profound. If someone is not guilty and is executed, then you are putting an innocent man or woman to death – which is a huge risk to take, even if just one innocent man dies.

What Is Considered Indecent Assault And Battery?