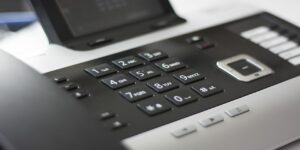 Voicemail drop, also known as ringless voicemail, is a practice in which previously recorded messages are uploaded directly onto a recipient’s voicemail server. This bypasses the conventional calling process completely and can be used by organizations for a variety of purposes. Voicemails may simply be reminders from doctor’s offices, messages from schools or they could be notifications from debt collectors. Voicemail drops from sources such as these are fully legal and widely permitted, as long as they don’t involve selling.

Automated ringless voicemail has obvious benefits for companies. For starters, they’re able to bypass the traditional calling process, which saves time and frees up employees for other tasks. Even for traditional calling campaigns, voicemail drop is still useful because agents are able to leave a message with a single click rather than having to read off an entire script when they receive no answer. Some customers also prefer ringless voicemail to traditional calls, since they can always check their voicemail at their leisure and they won’t be worried by any missed call notifications. Some may view these messages as a violation of their space, however, so it can be a double-edged sword. Things get much more complicated when discussing voicemail drops for marketing or selling purposes.

The Telephone Consumer Protection Act of 1991 was enacted to impose restrictions on telemarketers and other such organizations using automated systems to contact prospective customers. Such methods were considered bothersome and invasive by many people, and the Act required the implementation of standard procedures on companies performing these activities and ensured that they comply by the national Do-Not-Call (DNC) registry. This list protects those consumers on it from virtually all telemarketing calls, as it makes such calls to these numbers effectively illegal.

Voicemail drop is a bit of a gray area, however, considering that these messages are technically not “calls.” As of now, ringless voicemail is not affected by federal law. That hasn’t stopped individual states from taking action following their court hearings about ringless voicemails, however. In 2018, Florida became the first state to update their definitions of telephone solicitation to include voicemail drops, and the state has essentially banned the practice for marketing purposes. Such decisions will likely be a subject of debate for some time, as those who use or provide ringless voicemail services argue that the drops are, by definition, not calls, and some companies have already petitioned the FCC to explicitly allow voicemail drops for marketing campaigns.

While voicemail drops may not be addressed on the federal level for quite some time if at all, there are standard practices that those using ringless voicemail and other such services should follow. Most importantly, compliance is key. Every call list should be checked against both the national DNC registry as well as any existing state registry. Compliance is equally important for any other forms of communication included in a voicemail drop service. These include but are not limited to texting and IVR surveys. Opt-out options should always be included in such messages, and they must be respected.

Once a fully compliant call list is made, there are a few ways to ensure a voicemail is as effective as possible. First of all, it’s always best for the marketer to record the message themselves. This will make the call seem more like a real voicemail instead of an automatically generated message. Using multiple scripts or simply making some small alterations for a few different messages, depending on the prospect, can also be a good idea to sound as natural as possible. Don’t rely on the recipient to simply use their caller ID to get back to return a call. The number that made the call may not be able to handle hundreds of inbound calls, or it may simply be better to route them to a different number. Therefore, including a proper call back number at the end of each message is of great importance.