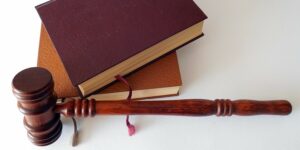 Criminal lawyers play a pivotal role in the lives of those who hire them because their possible future depends on the actions taken by the lawyer. A competitive criminal lawyer will do whatever it takes to get you as his/her client out of trouble in the swiftest manner possible, and will be an expert in making a convincing case.

This article will identify what responsibilities a criminal lawyer has towards the person who hired him/her, which are as follows.

This is an important point to grasp; a criminal lawyer becomes the face of the person in front of the legal authorities and in front of the media (in case the person accused is a famous personality). It comes as the responsibility of the attorney to make sure that no side of the case tries to harm the client, and save the client from their paparazzi and predatory questions.

This can obviously not be done until the lawyer listens to what the client has to say in his/her defense and conclude the possibilities of taking the case out of the hands of the prosecution.

The entire motivation behind hiring a criminal lawyer is to save oneself from state imposed penalties that can go on for a number of years and potentially ruin your chances in the world of business and careers later on. Despite of whether you are guilty or innocent, there are chances that you can subject to financial, community service based, or other forms of penalties which can result in you not being able to pursue your personal and professional life.

Depending on the degree of the crime you are accused of, a capable criminal attorney will try to do his/her to make sure that the penalty you are subjected to is as lenient and light weighed as it can be, and in some really great cases the penalties can even be nullified.

Being convicted of a crime and knowing that your date of hearing in the court is within a month’s time is a very depressing situation, because perplexity is cast over all the plans you ever had for life.

In these times the one person who can act as your support mechanism is your criminal lawyer not because he/she is as close to you as your family, but because the consolation you get from your lawyer is based on experience and legal possibilities in your favor which can come true.

Dealing with the Paperwork

When a person is accused of a crime, it falls on the criminal attorney to make sure that all evidence is documented and any photographs are saved in appropriate media. We condense these acts under the term of paperwork, and it should be understood that a person accused of crime cannot manage all of this with such a sensitive state of mind.

So in exchange for the money given by you, these are a number of important responsibilities fulfilled by a criminal attorney.

Tips on Promoting Your Business Offline