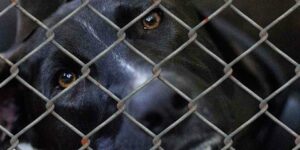 In late 2019, President Donald Trump signed the Preventing Animal Cruelty and Torture Act into law, which the United States House and Senate passed unanimously. Although certain acts involving animal cruelty were already illegal according to a federal law enacted in 2010, this new legislation makes the act of animal crushing a federal felony offense that carries a penalty of up to seven years in prison, a monetary fine, or both.

Under the Preventing Animal and Cruelty Act, also known as PACT, animal crushing involves the actual crushing, burning, drowning, suffocating, impaling, or causing of serious bodily injury to one or more living non-human mammals, birds, reptiles, or amphibians. An animal crush video is created when an individual takes a photograph, video or digital recording, or electronic image that depicts these acts of obscene abuse.

PACT not only makes it a federal offense to engage in the act of animal crushing, or creating  visual depictions of it, but the language of the statute also makes it illegal for a person to knowingly sell, market, advertise, exchange, or distribute an abuse video if the conduct also involves interstate or foreign commerce.

The new federal law acknowledges which humane and professional conducts with animals are exempt from federal prosecution. Exemption from a federal offense is any action or visual depiction of conduct that is “customary and normal veterinary, agricultural husbandry, or other animal management practice.” Additionally, conduct involving or a visual depiction of the killing of animals for food and hunting, trapping, fishing, or sporting activities – and not otherwise prohibited by federal law – also falls under exemption status. Unintentional distribution is addressed, specifically, in the new legislation. “Good faith” distribution of an animal crush video to law enforcement or a third party (for the sole purpose of determining whether to refer it to law enforcement) is not illegal.

Significantly, under the new PACT, it is a felony offense to engage in the actual act of animal crushing. Prior to this expansion, the 2010 revision made it illegal to create and distribute animal crushing videos.

“The expansion of the 2010 law is significant, as the new law makes the actual act of animal crushing eligible for prosecution at the federal level, so long as the conduct occurred on federal property or interstate commerce is at play,” Attorney Chris Adams, of Adams & Bischoff, noted.

According to PACT, regardless of whether interstate commerce has occurred, in the event animal crushing happens on federal property, such as a government park, the alleged perpetrator could be facing a felony charge. Many states already have legislation that addresses certain conduct involving animal cruelty. For example, the state of South Carolina’s state law makes it illegal for any person to engage in intentional or malicious acts causing wounds, torment, death, or deprivation of necessary nourishment to an animal. Acknowledging the existence of state laws on the subject, PACT explicitly prevents the federal statute from preempting state legislation, stating “nothing in this section shall be construed to preempt the law of any State or local subdivision thereof to protect animals.”

With all 50 states having laws on their books addressing animal cruelty, PACT adds weight of a federal offense and fines and imprisonment to those regulations. Clearly an issue recognized across the nation by all states, and now a result of unanimous bipartisan action at the national level, animal cruelty is a subject on which most tend to agree.

Google’s Wing: So Far The Most Advanced Solution For Autonomous Drone Delivery