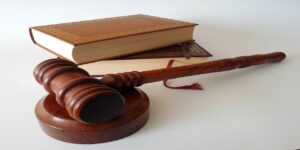 I get to watch a lot of trials and have even participated in a few.  The one constant is that both parties generally go in convinced they will win and one, and sometimes even both, discover they are wrong.  And, far too often, the Judge or Jury makes an error, and that tests the appeal process which is heavily weighted to support the lower court decision making appeals very difficult to win.  Now, this is by design because if appeals were relatively easy, everyone would appeal and the court system would be more clogged than it already is. I’ve been involved in cases that took decades to resolve, and appeals add years to the process, and you’d certainly not want to make that worse

So it was with great interest I watched the Qualcomm vs. FTC trial because it didn’t make any sense.  This action was based on the belief that Qualcomm had violated Anti-Trust law, and the FTC’s case didn’t seem to meet the sniff test.  For Anti-Trust, if you look at pivotal cases like Standard Oil, IBM, RCA, or Microsoft in all cases the entities were far larger and more powerful than those complaining about their behavior.  This size and power disparity made the foundation that they were a monopoly relatively easy to prove, and then it was just a matter of proving they were misbehaving. And the plaintiff needs to prove both because if the firm isn’t a monopoly, then using anti-trust law to correct their behavior probably won’t work.

But Apple was the company complaining about Qualcomm and Apple was around 10x the size and appeared to be far more a monopoly than Qualcomm was.  This situation would be like a known bully Senior in highschool complaining of being bullied by a substantially smaller freshman.  It is theoretically possible, but you’d think there’d be a ton of extra background work because it just wouldn’t look right.

Then when the Qualcomm vs. Apple trial settled because evidence showcased that Apple fabricated evidence you’d have thought the FTC would have apologized and withdrawn given their foundation was Apple’s allegedly fabricated complaint.  Strangely that didn’t happen either.

Then in the FTC vs. Qualcomm trial the FTC lead analyst, the one that set up the model for why Qualcomm should be held to account, was thoroughly discredited.  And it was clear that Qualcomm should have won, but they didn’t, they lost.  Now the Judge couldn’t consider the allegations that Apple had fabricated evidence because that evidence wasn’t presented at the trial.  But from the respective size of the Qualcomm vs. Apple and the loss of the key expert, the trial should have gone in Qualcomm’s favor but didn’t.

Last week Qualcomm got a stay on this questionable judgment which is, in and of itself, unusual given the action was brought by a government agency claiming harm and the Judge had agreed with that position.  Not only did the appellate panel grant the stay they included in their language the following statement: “Whether the district court’s order and injunction represent a trailblazing application of the antitrust laws, or instead of an improper excursion beyond the outer limits of the Sherman Act, is a matter for another day.”

This ruling should give everyone pause because it says either the Judge made a mistake or she acted outside her authority.  You see Judges don’t create law, that is up to the congress, they interpret and apply it. In other words “trailblazing” isn’t what Judges are supposed to do, they are supposed to work with settled law and precedent, and the panel clearly says Judge Koh, the judge on the lower court ruling, may have forged her path.  In other words, created law which is outside of her purview and authority.

In other words, given this wording, overturning the ruling would appear to be certain, the only thing uncertain is whether they’d base the decision on a failure to understand the law or because the judge went off the rails and attempted to create new law to get the result she wanted.  This last would be a clear indication that the Judge applied improper bias and that here judgment against Qualcomm will be overturned.

Overall this has been a really strange experience.  At the start, we appeared to have Apple misusing the US regulatory structure to force Qualcomm to provide onerous and unique discounting to Apple over and above the already favorable treatment Qualcomm was giving them.   Something very creative but that should have resulted when it was discovered on a massive backlash against Apple and didn’t. And it also looked like the Judge had decided to punish Qualcomm regardless of the evidence which seemed to be an odd risk to take given how high profile the case was.  Fortunately the appellate court, likely because a host of government agencies and at least one top FTC executive came out in support of Qualcomm, appears to agree that Qualcomm was abused by this process.

In the end, it appears Qualcomm will be vindicated, but the waste of government resources and Apple’s behavior have yet to be addressed, and a process that assures that other large companies won’t abuse government resources in the future isn’t in evidence either.  So, while Qualcomm may be out of the woods, this could still happen to another unfortunate company and assuring it doesn’t should be a higher priority than it is.

Who Needs to Learn Keyboarding Skills?

How to Easily Unlock Your Samsung Galaxy Note 10 5G