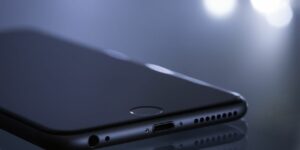 I am still struggling to understand how Judge Koh, the Judge who ruled against Qualcomm of the FTC action against them concluded Qualcomm was guilty.  To refresh we knew that the information that Apple used to get the FTC fired up was manufactured (they created a very well done false argument), there was never any damage proven, the theory that there was potential damage was disproven, and Qualcomm’s model, which was an industry model, has been in use for decades.  The most the FTC had was conversations which drifted into questionable areas that Qualcomm didn’t act on. The ruling certainly implied that even talking about certain things could be problematic. Even on the face of the anti-trust trial, there were huge issues, for instance, you had to accept that a little company a fraction of Apple’s size was abusing Apple (which, given Apple’s history of supplier abuse is an incredible stretch).  This was kind of like a professional football player complaining in an exhibition game that the middle-school kid he was playing with was beating him up.

However, while I struggle with that, if this ruling it allowed to stand it will do some rather dire things to competition in the market which may have been Apple’s goal all along.  What I think is fascinating is that at the core of this judgment is the order that Qualcomm must license to competitors and, when this started, Intel was one of them. But now, Intel excited the market (they allegedly got caught stealing Qualcomm’s IP), we are talking about either Chinese (Huawei) or Korean (LG) firms that would benefit.

So, let’s ask the question, is this RCA all over again?

I get to cover a lot of anti-trust action and generally it ends badly for the US company that falls on the wrong side of this.  Now the goal of the regulatory agency, be it the FTC or the DOJ, is to assure competition and competition is critical to both assure consumer choice and assure prices don’t get out of hand.   It is now, as is often the actual result, to shift jobs and markets out of the US to Asia.

This is why I’m recalling RCA because, once upon a time, the US owned the consumer electronics market.  RCA owned programing, hardware (both production and consumption), ranging from TV, to records, to radio.  It was a monopoly and the US broke it up. The result was thousands of US jobs were lost and virtually all the hardware moved to Asia as did ownership of a lot of the content (Sony Pictures).  In fact, had Sony not screwed up their own company, we’d likely have Sony where once RCA stood.

In fact, as you look back at two massive anti-trust efforts the move against Standard Oil (who seemed to own the government at one time) shifted control of Oil from the US to the Middle East, the move against RCA shifted the still emerging Consumer Electronics market to Asia, and breaking up AT&T almost did the same with telecom.  We got lucky that last time, but it looks like the FTC and Judge Koh want to fix that with LG and Huawei as the likely winners. (Which seems rather strange given what the US Administration is doing to Huawei at the moment).

Recognize that pretty much everything from the camera to the sound system, to how your phone actually makes calls comes from Qualcomm and is licensed out to builders.  Regardless of Judge Koh’s opinion, the Smartphone market is actually very competitive with the only Smartphone company that looks like a monopoly ironically being Apple (excessive profits).   Granted Apple is now under anti-trust review by the DOJ as well and given they are carrying 40% margins in a market that typically has 15% margins would be an indicator of a problem.  But, other than Apple, we don’t really have any Smartphone power players in the US anymore.

This ruling should reduce Qualcomm’s power in the market significantly and, at least initially, should reduce the funds they have available for R&D as well.  Given Qualcomm pretty much stands alone as the core technology vendor this would shift power to the Smartphone makers the majority of which reside overseas. It would, once again, make the firm a hostile acquisition target with the result being a market much more vertically integrated than it is today.

Now Apple might emerge as the new RCA in this space but given they are already under anti-trust review themselves and firms like Samsung, LG, and Huawei all get stronger government support, it is more likely the power center will shift to China and Korea.  (Most of our phones are built in these countries anyway). (Oh, and given what happened to RCA I don’t think that is a great goal for Apple either…)

Now Google could buy Qualcomm but, given what happened with Motorola, that is both unlikely and likely to go badly.   Google doesn’t do acquisitions well (and the firm has an attention span like a 4 -year old on sugar).

The result should be, like the consumer electronics market before it, that the Smartphone segment completes its move to Asia.  China basically owning US communications would seem to represent a National Threat, and I’m not sure Korea would be much better particularly given the admittedly failing efforts to merge North and South Korea.

Now the one Anti-Trust example that I didn’t use was Microsoft.  They got pounded in the US for acting badly against Netscape and while this was warranted it is also ironic that nothing they did actually worked, and Netscape imploded due to bad management.  They were saddled with a consent decree by the US which severely limited Microsoft’s ability to compete and contributed significantly to Steve Ballmer’s failure as CEO. But, over at the EU, something else happened.  The EU wanted Microsoft to open its interfaces and allow competition. The result was that instead of going under Microsoft pivoted to an Open model, excelled and interoperability and pivoted from the old OS dominant model to a cloud provider.  Microsoft emerged more powerful than they had been, they are again challenging for the most valuable company in the world, and they aren’t on the list of firms the US Government seems to want to break up.

Change doesn’t have to be negative and Qualcomm could step back, take a look at their model, and rethink it based on the Judgement.  It might mean partnering with Google and Microsoft (the two firms seem to be getting along at the moment) for a new Smartphone design (with a far more pronounced cloud element) rendering the iPhone design (which is the current industry standard) obsolete.   It also came out in testimony that if it wasn’t for Qualcomm there wouldn’t be an iPhone. Qualcomm is a kingmaker, maybe its time for a new King and you have to believe that has occurred to them at this point.

One other thought before I leave you.  Realize this all started because Apple wanted to pay $6 less per phone and the result is that the $400, they now make is at risk.  If you are making more money than anyone in your segment and have a valuation that exceeds your competitors substantially blowing up the model that underlies the market probably isn’t in your best interest.  I think their action against Qualcomm will work out to be one of the stupidest things that any company has ever done. The odds were always long, and this is like betting $400 in Las Vegas in order to win $6.  Tim Cook, here’s your sign…

How AMD Skunked Intel At E3: It Was Biblical!

The business of excavation: The equipment, resources, and information you need.