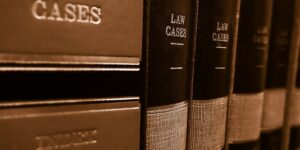 Probation is a sentence imposed as part of a legal punishment. A person could be given probation as a way to avoid jail time or as part of their sentence after serving jail time. This makes it possible for a person to avoid incarceration and engage in their normal activities. All probations come with terms and conditions. Should a person serving probation violate, refuse or ignore such conditions, it could be considered a probation violation. They could face some very serious legal consequences.

When someone violates their probation, they could get a warning. It is also possible they will get a request to attend a court hearing. During the hearing, a judge will try to determine if the facts of the case prove a person’s probation was actually violated. The seriousness of the probation violation, as well as its nature, will also be taken into consideration. Any history of probation violations will also be considered. Repeat violators will be given more serious punishments than someone who has violated their probation for the first time.

When a person has violated their probation, the presiding judge has broad discretion on what type of penalties to impose. There are state laws that could restrict the sentence a judge could provide. A violation probation could result in a person being required to pay a large monetary fine, be incarcerated, have their probation privileges revoked as well as pay restitution. It’s also possible they could be required to attend a rehabilitation program. It possible a judge will sentence a probation violator to perform community service or enroll in a program for behavioral corrections and more.

There are certain rights a person will have during a hearing to determine if they violated the terms of their probation. During the probation hearing, a person has the right to legal representation. They also have the right to provide the court with evidence as well as witness testimony that supports their defense. They also have a right to have their case be heard in a court by a judge with no bias in the case.

After all the facts are presented to the court, a judge will then make a decision regarding the alleged probation violation. Should the judge determine the violation is minor, it is possible they will rule the probation terms will continue as before. It’s also possible for a judge to believe the violation is serious enough to have a person’s probation revoked. If a person’s probation is the result of a suspended jail sentence, they could be required to be incarcerated for the rest of their suspended sentence.

When someone violates their probation, it is a serious situation. They could be facing some very significant consequences. It is time to speak with a legal professional such as William Hanlon St Petersburg Criminal Lawyer . He will know the importance of a person understanding their rights. His legal knowledge and understanding can protect a person’s freedom.

How to Get Rid of Severe Acne?