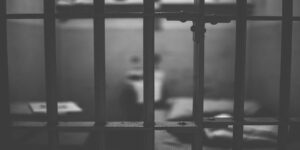 Our way of life changed dramatically during this past year from having freedom and mobility to being in a pandemic-induced quarantine. To add to this very unique year, crime statistics have been moving in directions only seen a handful of times within the last half century. Overall, crime rates are down 5.3% in 25 large American cities. There has been a decrease in violent crime as well but murder in these same 25 cities has increased by 16.1% in comparison to 2019. The national numbers for murder and other types of violent crime almost always follow the same pattern, but this year that is not the case.

Since 1960, murder and other types of violent crime have moved in opposite directions only four other times (in 1993, 2000, 2002, and 2003). Even then, the increase in murder during those years were small, only around 2.2%, unlike the percentages seen this year. So what has caused this anomaly? Surely the Coronavirus pandemic has played a part, or maybe because of the civil unrest after the death of George Floyd in police custody. The answer: No one can really be sure what exactly is causing the unusual trend, but many experts are giving their two cents as to what the reason could be.

Philip Atiba Goff, co-founder and C.E.O of the Center for Policing Equity, names domestic violence as one potential cause for the drastic increase in murder. He asserts that the act of quarantining combined with a lack of social services has led to an increase in domestic violence calls, which in turn could mean higher murder rates. Jennifer Doleac, Associate Professor of Economics and Director of Justice Tech Lab at Texas A&M, concurs that crimes between strangers should be down as individuals are spending less time out in public where one would interact with strangers and homicide is normally between people with a pre-existing relationship. Jerry Ratcliffe suggests that Covid-19 has been putting a wrench in the drug market which would lead to increases in violence. This theory is supported by increasing reports of gun violence in major cities. In just one weekend in June 2020, 106 people were shot in Chicago and 9 killings were reported in a 24-hour time span in New York.

Others speculate that Coronavirus has had no effect, as several cities were seeing higher homicide cases before the height of Covid-19, generally defined as the beginning of March.

It is extremely difficult to pinpoint a singular cause of the difference in crime statistics this year. However, it is important to keep the rise in a historical perspective. Even though homicide cases are up 25% in New York compared to the same time last year,  the total is the same as it was in 2015. Chicago is experiencing a 22% increase from last year but is down 6% from the same point in 2017. “The crime stats may be unusual, but they are not telling a story about what the rest of 2020 will look like nor are they supporting any ideological side of social or political debates. At most, this unusual event should inform the public and promote further research into the root causes behind it.” says attorney Douglas Leifert of Leifert & Leifert.

While murder may be up relative to last year, overall crime is significantly less than at the same point in 2019, as expected. Although violent crime has decreased in the last three decades resulting in an overall safer country, Americans do not seem to feel that way on a deeper, emotional level. In fact, a Gallup poll shows 64% of Americans believed there was more crime in 2019 than 2018. Wesley Skogan, Professor Emeritus of Political Science at Northwestern University, suggests it is due to the amount of social disorder in local communities. Factors of social disorders such as litter, noise complaints, and abandoned cars, affect how safe individuals feel in their community. If violent crime is actually down but there is lots of social disorder, respondents’ answers may reflect their feelings on litter rather than violent crime.

The first half of 2020 has proven to be unlike anything else in recent years. Americans are confined to their houses and cities are reporting crime trends that haven’t been seen in twenty years. It is important to remember that these numbers do not calculate how the remainder of 2020 will be, so do not jump to conclusions just yet.