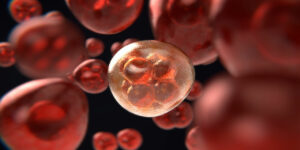 Earlier this year, a recent study conducted by the Texas Department of State Health Services revealed that specific types of cancers were more likely than average to develop within the Fifth Ward of Houston. The findings by the Department of State Health Services comes as many Fifth Ward residents allege that they developed cancer due in part to contamination from the Englewood Rail Yard. This prompted over 80 lawsuits against Union Pacific, the owners of the Englewood Rail Yard. Despite the allegations of creosote exposure, Union Pacific claims that no evidence exists proving that residents were likely exposed to toxic chemicals from the Englewood Rail Yard.

Details of the Cancer Cluster Study

A report from the Texas Department of State Health Services released on January 17, 2020 analyzed the occurrence of cancer within the area. The report revealed that six different types of cancers occurred greater than expected to a statistically significant degree. The most common type of cancer includes a tumor in the esophagus, larynx, liver, lung, and urinary bladder.

The Dangers of Creosote

Creosote is a common term that may describe multiple products. Processed coal tar creosote is a common chemical used to preserve wood and may be used as a pesticide. The Englewood Rail Yard used creosote to treat railroad ties for decades prior to Union Pacific gaining ownership of the Rail Yard.

“There are several ways creosote can come into contact with individuals,” said Attorney Christopher Murphy of Doran & Murphy, PLLC. “Whenever processing plants or other industrial operations do not handle creosote properly, the chemical can contaminate soils, ground water, and air.”

Coal tar creosote has been labeled as a probable human carcinogen by the Environmental Protection Agency. Further health problems associated with creosote exposure identified by the Agency for Toxic Substances and Disease Registry include lung irritation, eye damage, and increased sensitivity to sunlight.

Contamination at the Englewood Rail Yard

A plume of creosote contamination exists beneath the Englewood Rail Yard that developed before Union Pacific came into ownership of it. However, evidence suggests that the plume moved beneath over 100 residential properties in recent years, prompting Union Pacific to submit a creosote cleanup plan. However, the initial cleanup plan was rejected by the Texas Commission on Environmental Quality.

Included in the rejection was a requirement that a revised cleanup plan must be submitted before the end of August 2020. The commission has further asked for additional samples of contaminated site soil to be submitted for further study. Additionally, the Texas Department of State Health Services has announced that the department is expanding the initial cancer study to include other neighborhoods surrounding the Englewood Rail Yard.

The contamination at the Englewood Rail Yard has prompted over 80 lawsuits against Union Pacific claiming over $100 million in damages related to creosote exposure. Despite the lawsuits filed, Union Pacific has stated that decades of testing have found no scientific evidence proving that residents in Fifth Ward or surrounding areas were exposed to creosote. However, the company plans to adhere to and follow contamination cleanup plans.

Preparing for a Busy Hurricane Season During COVID-19

Home Maintenance Hacks to Make 2020 Easier for You