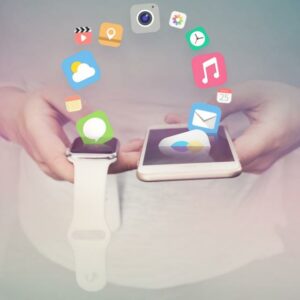 On top of the temporary injunction in China this week Apple was Permanently blocked from selling their infringing iPhones in Germany (this appears to be a far broader list than China). This is particularly problematic because Germany is considered the most powerful, fiscally responsible, and measured government in the EU suggesting where Germany leads much of the EU may follow. While Apple is allegedly not complying with the Chinese order, something that is incredibly dangerous for any US company operating in China given the trade war and growing animosity between the countries, Germany is typically even less forgiving (explaining why Apple immediately complied) and once forced Microsoft to change the name of their UI Metro to protect the brand of a retailer located there.

But, if you step back, this is a further indication that Apple’s strategy is simply not working, and that Qualcomm is perfectly able to weather the storm while the debt that Apple owes Qualcomm grows, with potential penalties, to a level would be unaffordable for most public companies (but still below Apple’s massive reserves).

During this same week Intel popped up pounding on Qualcomm for what they allege to be illegal activity which is ironic on two fronts. First Intel stands accused of stealing Qualcomm’s IP with Apple’s help (can anyone spell collusion?) which is clearly illegal (it’s called IP theft and it is potentially a Felony), and there is actual a book on how Intel illegally attacked AMD over the years that massively overshadows Intel’s allegations against Qualcomm). It makes no sense why a serial offender, Intel, would even want to accuse another company of a lessor but similar crime.

Let’s talk about how this is likely to play out.

Apple Branded As An IP Thief

We saw this with the DOJ action against Microsoft, once the DOJ was able to make the charges stick and Microsoft had to sign a consent decree and pay a fine, everyone and their brother used the event to sue the company. This ranged from individuals, to State Generals, to other Countries with the European Commission setting record fines and providing the greatest pressure.

As Apple loses more and more of these actions smaller vendors who typically couldn’t afford to take Apple to task can now use their prior Qualcomm successes as precedents and Apple effectively walks into the court believed to be guilty and must now prove innocence. This is problematic at a world scale because the costs, fines, penalties, and judgments collectively could reach into the double-digit billions of dollars.

Apple’s image of a company to big and strong to sue was a huge impediment to law suites and this process is destroying that image. Apple has always been a tad cavaliere about using IP that belonged to others. They even stole the iPhone name from Cisco and then worked out a deal after the fact.

Finally, Apple’s refusal to comply with the courts in China will likely be used as an example of global behavior and Judges have no sense of humor when it comes to challenging their authority. This should result in far harsher rulings and far more invasive oversight than otherwise would have been the case and this is cumulative.

This all showcases that Apple’s strategy against Qualcomm is ill advised and will come with costs that even Apple may not be able to afford in terms of lost sales, judgements, fines, and penalties.

Intel Has Crossed Over Into Insanity

During this mess Intel popped up calling Qualcomm an illegal monopoly and AMD’s CEO likely shot milk out of her nose. This would literally be like Harvey Weinstein accusing anyone of being abusive. One of the things Google’s team allegedly most regrets is going against Microsoft on anti-trust grounds. This is because their effort allowed the European Commission to focus on US tech firms. Both Oracle and Google gleefully piled on during Microsoft’s pain, but that same organization effectively destroyed Oracle’s acquisition of Sun Microsystems and it is now considering moving to either break up Alphabet (Google’s parent) or fine them billions, it has become an ongoing nightmare for the company.

The lesson here is that if you are a very large firm and particularly if you dominate your chosen market, raising the anti-competitive flag can backfire badly as the related organization next pivots to you. Intel is massively dominant in the PC and Server space and has illegally blocked AMD’s growth into these markets very effectively. Generally, AMD has won in court but the cost in sales and time has generally overwhelmed the huge judgements that they were awarded.

This still reminds me of the old joke about the guy pulled over for speeding that says, “but officer I’m not speeding, but a passed a guy a few miles back that was”. The last thing Intel needs is someone to look at their own illegal anti-competitive practices again and yet that will likely be the result as Qualcomm moves to defend its image.

Wrapping Up: Can’t Anyone Spell Strategy

Apple’s effort to put Qualcomm out of business and lock competitors out of the Smartphone market through technology control, wile very aggressive, has failed. Qualcomm continues to strengthen while Apple weakens given it was over a Trillion dollars just a few weeks ago and now is at around $750B that is a whopping 25% of valuation gone on a massively valued company. For perspective Tesla is valued at around $54B right now, Apple has lost the equivalent of 5 Teslas in terms of valuation these last few days.

With sales numbers flat to declining Apple doesn’t need this distraction and there are cases all over the world that will likely conclude, given precedence, that Apple is infringing resulting in the firm being locked out of more and more of this market.

Intel needs to focus on doing what they do best and stop trying to move into markets it doesn’t understand and isn’t equipped to effectively sell into, and Apple needs to go back to a focus on building great products rather than their current focus on mining customers for money and pummeling suppliers for margins. Indications are this will not end well.

One final thought, at the heart of this dispute are the allegations that because Qualcomm charges so much Apple and Intel can’t compete. Qualcomm is worth about two Fords at $68B, Intel is worth at $207B about 4 Qualcomms, and at around $750B Apple is worth about 4 Intel’s. So, who do you think is taking money from whom…

Watch for These Software Development Trends in 2019