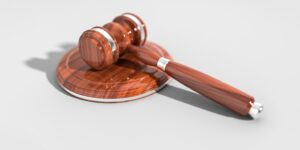 Real estate development firm, Bayrock group, was recently sued by former executive Jody Kriss. The company, associated with President Trump, after developing the Trump Soho building, which is in Manhattan, New York, was accused of laundering money, skimming cash, cheating Kriss out of millions, and offensively dodging federal taxes. The real estate development firm reached an agreement to resolve the lawsuit that was filed in 2010 by former finance director, Kriss, in court last Thursday.

In court on Thursday, the former finance director, Jody Kriss discarded some of the allegations he held against the real estate developing firm, allowing the judge to dismiss them. However, the judge proceeded with the case against the racketeering laws. The firm negotiated for months with Kriss to settle the case against it and its two principals. Tevfik Arif and Felix Sater. The terms of the final settlement were not disclosed in court filings. Kriss’ attorney declined to comment on the settlement when the hearing was over, and the attorneys for Sater and Bayrock took their time to comment, but once they did they said that Kriss’s claims came as a disgruntled former employee. Sater denied the fact that their firm did not tell Kriss about Sater’s 1998 racketeering conviction and their several million dollars in payments to avoid any tax liability.

The real estate firm had worked on several real estate deals with the Trump Organization. Many people thought of his work with Trump as suspicious as there was a continuous flow of cash from unknown places. During their time working together, the company was a bridge between them and somewhat suspicious European funds that funded a large number of projects in the U.S. that the real estate firm developed. Icelandic banks that did deals with the developing firm were, according to government investigators in the U.S., Paris, Brussels, and London, easy marks for money launderers and foreign influence. According to Trump in a 2007 deposition, he said under oath that the real estate developing company had brought Russian investors to his Trump Tower office and discussed deals that could happen in Moscow. Trump went on to say that he was considering investing in Russia as it is one of the best places in the world to invest. This statement however, made the credibility of what the firm was involved in more questionable.

Beginning in 2002, the real estate development firm worked closely with Donald Trump and his two oldest children, Donald Trump Jr. and Ivanka Trump. The three worked together on a series of real estate deals for the Trump Organizatio planning and developing several luxury hotels and condominiums. The most prominent deal that the firm and the Trumps worked on together was the 2011 Trump Soho Hotel and Condominium. This was the infamous development that Jody Kriss sued over. In the Soho building lawsuit, Kriss claimed that the real estate firm’s principals Tevfik Arif and Sater defrauded the entire Trump Organization by not disclosing that Sater had a racketeering conviction and their payments.

The case of Jody Kriss verses Bayrock Group LLC, was a messy one. Allegations have been thrown on the real estate firm since 2010 of laundering money and defrauding the Trump Organization. It’s two principals. Slater and Tevfik Arif Bayrock were accused of skimming cash, dodging taxes, and cheating Kriss and the Organization out of millions of dollars. The law suit was finally settled in court this past Thursday on May 30, 2018. Though the lawyers on both sides have decided to remain quiet on what the settlement entails, we can be assured that there will be hefty payments made.