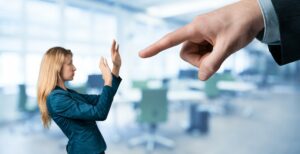 Being accused of harassment in Seattle is something that can come with some serious consequences for your reputation and your future. Just because you are being accused doesn’t necessarily mean that the accusations will be proven, that you are going to be found guilty or that you will have an order of protection filed against you. If you take the right steps, it is possible to have a harassment suit dismissed.

Having someone accuse you of harassment is not fun and tends to make people a little upset and angry. That can be problematic when it is your word against your accuser. If you show any hostility or anger in the process, those emotions might be misread and presumed to be your permanent state instead of a reaction to being falsely accused.

When you go before the judge, you will want to keep your emotions, especially your anger, in check. Otherwise, it can be the very thing that can get you convicted.

If you think that you can defend yourself in court, think again. Often harassment cases come down to your word against your accuser’s. Having someone in your corner is the best way to ensure that you aren’t found guilty and that you don’t have an order of protection taken against you.

If a restraining order is filed against you, it can alter your future and, in extreme cases, disallow you from going certain places and take away your visitation rights.

Step 3: Make sure that you attend the hearing

For an anti-harassment order to be awarded in court, you must be notified of your hearing date and time. It is imperative that you show up for the hearing to state your side of the case. Making arrangements ahead of time is critical to ensure that you are front and center when the judge is determining the validity of the case against you.

Step 4: Think about whether or not you should fight it

If you are being accused and you are innocent, then it is time to consider whether or not having a restraining order against you is really something you care about. If you know that you aren’t going to be limited going forward by not seeing the person who is accusing you, then you might want to determine whether it is necessary to fight the order or not.

Even if you don’t think you will be affected at all, it is still critical that you show for the hearing with an attorney, even if it is just to have the fact that you showed and presented your case on file for future reference.

Step 5: Determine what type of evidence the accuser has

Before you meet with your lawyer to finalize your case, it is a good idea to sit down and access how much credence there is to the claim being made. Try to determine what type of evidence, if any, the petitioner has against you, and whether they can make a good argument or not.

If you want to know what types of things your lawyer will have to defend you against, it is a good idea to evaluate your actions and what can come back to bite you during the hearing process.

Step 6: Make a written response to the petition

To gain the most leverage in the case, you will want to make a written statement concerning the allegations against you. Having as much evidence as possible is the best way to protect yourself. Putting pen to paper and having it officially entered into the court documents will allow you to tackle each allegation point by point so that there isn’t anything left unsaid or countered. A more official way of doing this is by working with your lawyer to write a legal statement of fact.

Make sure to have enough time to sit down with your attorney and go over the proceedings so that you are prepared and know what to expect. Being prepared is crucial to winning the case and to stop an order of protection from being levied.

If you are accused of harassment in a Seattle court, even if it is completely baseless, you do have to respond, show up in court and present your case. The consequences of having an order of protection can be significant if you don’t fully understand what it means and how to fight against it. Don’t tackle the problem alone. Find an anti harassment attorney in Seattle who can help.

Why You Should Use Business News for Stock Exchange Reports

How to Use The FVDTube YouTube to MP3 Converter