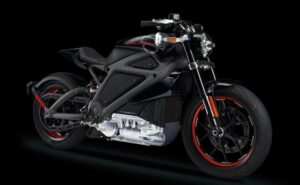 Legendary motorbike manufacturer Harley-Davidson has invited members of the public to test its first electric motorbike.

Instead of the bike going on general sale, US customers will be invited to take it out for a spin and provide feedback.

The bike, labelled project LiveWire, will visit over 30 Harley-Davidson dealerships between now and the end of the year by travelling down the US’ iconic Route 66.

“It’s an expression of individuality and iconic style that just happens to be electric. Project LiveWire is a bold statement for us as a company and a brand.”

Fans have, so far, offered mixed reactions, with members from the Harley-Davidson Riders Club of Great Britain displaying some early scepticism.

Dave Scott said, “It looks OK but I’d need a real engine in it,” whilst others questioned its safety.

“For an electric bike it has a good look, but I can’t help think a silent bike is a recipe for disaster on our ever increasingly busy roads.”

A teaser video released by the company shows the motorcycle travelling down Route 66 in almost complete silence.

Traditional curricula may be too linear for modern education