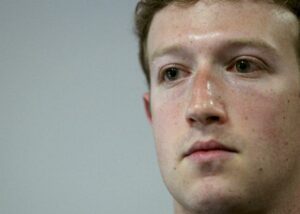 So yesterday the social sky fell in, as Facebook went down for an extended period of time – well, half an hour, anyway. Which in the fast-paced world of the blistering status updates of social media is equivalent to an ice age. Ahem.

The outage happened from just after 9:00 GMT and as mentioned lasted around 30 minutes (just under). It led to Twitter being aflame with people moaning about not being able to get on Zuckerberg’s network, or people telling others to get a life and go do something else instead for a bit. And of course the obligatory retweeted jokes.

The outage was worldwide across the user base, and it’s the longest downtime Facebook has experienced in quite some time – indeed since 2010 the New York Times pointed out, when a 2.5 hour issue struck the social network (which in turn was the worst downtime they’d experienced since 2006).

There’s still no news of what caused the downtime this time around – in 2010, Facebook said it was error handling, when “an automated system for verifying configuration values ended up causing much more damage than it fixed.”

However, while we don’t know what caused the issue, we can speculate about the extent of the damage in terms of lost revenue, and that’s exactly what Forbes has done.

Though the real damage will be to its reputation should another major outage strike any time soon. Going by the current average, it seems to be one every four years (2006, 2010, 2014), so we can look forward to a major status update vacuum at some point during 2018.