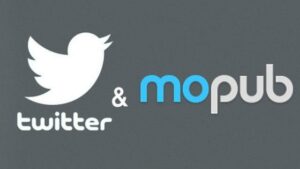 The digital advertising marketplace is beginning to take the first baby steps toward a totally new way to purchase ads and automate mobile space buys. Twitter just announced that they have begun a limited, beta roll-out of a shared advertising offering on the Twitter Publisher Network that will include access to both on and off Twitter markets through their subsidiary MoPub’s mobile advertising exchange.

According to a recent blog post on the Twitter website written by Product Manager Kelton Lynn “The MoPub Marketplace reaches more than 1 billion unique devices and handles more than 130 billion ad requests inside Android and iOS applications every 30 days, making it one of the largest mobile ad exchanges in the world. Advertisers can now choose to run simultaneous marketing campaigns to more than 241 million active users on Twitter, and to more than 1 billion mobile devices off-Twitter, through one interface at ads.twitter.com.”

That’s a lot of folks.

One of the unique features of the system is the use of programmatic purchasing and RTB (Real-time Bidding). Essentially, an advertiser describes their ideal customer through a list of traits or demographics (male/female, geographic location, type of device used, etc.). Advertisers would also set a range of how much they are willing to pay to reach such a person. Whenever a user fitting those criteria signs on to Twitter (or fires up a mobile device with MoPub’s in-app analytics SDK) an automated program initiates an RTB war with all the other advertisers looking to target the same individual. Ads in the queue that have set a higher limit on how much they are willing to pay will win the bid and the ad is automatically served.

This is a relatively new approach to placing (and purchasing) digital ads and it offers some appealing advantages to the standard face-to-face ad placement process.First, the whole process is automated so transactions take place in seconds not day, weeks, or months in advance (although there are some even newer technologies coming along such as ‘forward market’ RTB that allows an advertiser to set up a campaign to take effect sometime in the future). Because the process is automated it reduces the overall costs associated with digital advertising and thus increases ROI.

Next, by leveraging MoPub’s dynamic formatting creatives only have to be done once and can then run anywhere. Again, this reduces overall costs.

Also, because of the transparent nature of the Twitter/MoPub system, advertisers will be able to see detailed analytic data about their campaigns in real time. This also means tweaks can be made in days if necessary.

Finally, and perhaps most importantly, advertisers will now have access to a vast new market of mobile users and the data gathered from those mobile users is getting better and better by the minute.

Doubts surface over climate benefit of biofuels from corn residue