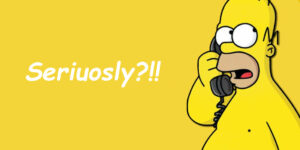 Your phone is an important part of your everyday life. As such, few things are more aggravating than the constant onslaught of spammers and robocallers trying to scam you. While it isn’t easy to stop them from making your phone vibrate at all hours of the day, you can at least inform yourself about the tricks of their trade. Watch out for these four spam calls that refuse to die in 2017.

This con job is one of the newest and most effective. In October 2016, law enforcement officials busted nine call centers in India. Their investigation revealed that these scammers earned $150,000 a day via fraudulent claims. Their idea was simple but deviously effective.

Scammers called thousands of Americans each day. They claimed to be representatives of the Internal Revenue Service and argued that the person on the other end of the line owed the government tax payments. This proved to be a brutally effective ploy, since no one wants to anger the government by dodging taxes.

Old and expired debt is such a problem that clever scammers have turned the collections industry into an opportunity to steal money from strangers. To enact this con, scammers contact you, professing to represent a collection agency. They claim that you owe them money and if you don’t pay them, they’ll destroy your credit rating while harassing you daily.

This scam is easier to avoid on certain mobile networks. Make a point of not answering blocked numbers, and then use caller ID blocking with your phone to return the call. You’ll know right away whether you missed an important call or a spam call without giving away your contact information.

Has a stranger ever contacted you via phone, claiming to work in a technical support department for an antivirus software company? These scammers typically insist that they can see that your system isn’t working correctly due to a malware problem. They then state that the only way you can sanitize your device is by following the steps they suggest.

The hint that this phone call is a criminal activity occurs next. The person with whom you speak initially will then transfer you to a different agent. The computer services scam is so sophisticated that it exists in multiple phases. The first person who contacts you is in sales and has the simple task of closing the deal with you. If you respond positively, the salesperson will then transfer you to the next person in the chain, the hacker in charge of stealing your personal data.

The entire gambit is a two-pronged attempt to breach the very device that the criminal professes to seek to protect. This cheat is so prevalent that Microsoft actually had to post a warning about unsolicited technical support calls.

This con’s a classic that’s older than you are. The premise is simple. An enthusiastic caller contacts you, asking for you by name. Then you’ll learn that you’re the lucky winner of a trip to an exotic locale. Sometimes, the caller will even ask you to guess the destination before telling you more about the prize. The hope is that you’ll tip your hand about your dream vacation. In a shocking turn of events, the caller will then profess that you’re so unbelievably lucky that the trip is, in fact, to that very place!

Everything sounds wonderful up until this point. Then, the caller will ask for your contact information and credit card number. That’s when you should have a strong idea that something’s wrong with the picture. No free trip exists, which is strange, since countless lucky winners receive this phone call each day. If someone calls you with an offer for a free trip, hang up immediately. All the caller wants is your credit card information.

Every scam listed here continues to be pervasive in 2017. Should a stranger call you and make any of these claims, hang up immediately. Consider using caller ID blocking and taking other proactive steps to prevent such criminals from contacting you in the first place.

How to Set a Budget when Building a Website