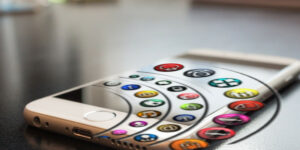 There used to be a time when only the biggest players came out with their own customer-oriented mobile apps. Over the years, this changed dramatically, together with the frame of mind of business owners and IT executives. Whereas in 2013, more than half of them didn’t even consider a mobile app strategy, in 2015, Red Hat discovered that more than 90% of them intend to increase their investment in apps in 2016.

The customers have grown to expect even their favorite local small-to-medium business to have their own mobile apps and the SMB owners realized that there are quite a few things a mobile app can do for them and their company.

Still, mistakes are being made left and right and today, we would like to talk about the most common ones that often prevent SMB owners from doing as much as they could with their new app.

One of the easiest mistakes to make when running an SMB is that it is not yet time for you to launch your app and that it is something only the big companies do. The most common reason for this is that SMB owners think the costs of developing an app are too big. Going the traditional way, they are. Hiring a development agency to develop an app for your SMB for scratch will definitely be too pricy.

However, there are now a number of websites and companies that allow you to create your own app using some code templates that they have and that you personalize to fit your company. While such an app might not be as perfectly tailored to your company as the custom made one would be, you would be getting it for a fraction of the price while still getting the most of the functionality, especially if you are not looking for some very advanced features.

Such an app will be more than able to provide an additional marketing channel for your SMB and handle some basic tasks that your customers/clients might want to be able to do using your app.

Later, if your company grows and it is time for you to upgrade your app, no one is stopping you from doing it. The best thing is that your customers will already be ready for it and they will recognize it immediately.

In 2015, Statista came forward with the information that there are a thousand new iOS apps being added to the App Store every day. There are at least that many Android apps being launched every day. In essence, it is an ocean of apps out there and simply launching an app does not mean people will see it and start using it. In other words, you need to promote your new SMB app.

Your website will be the first place where you will promote your new app. Hopefully, by now, your website will already have its regular visitors. Make sure to make a huge deal about your app, inviting people to download it and get all kinds of benefits from doing so. You should also do everything you can to clearly outline why they should download your app – getting notified about deals, doing business from their phones, keeping up with your social media profiles, etc.

You should also spread the word about your new app on social media, letting everyone know that your business now has an app. You can also do this in person, when people come to your brick and mortar store (office, restaurant, gym, etc.). Tell them about your new app and inform them that they will get great deals if they download it.

If you want more, here are 50 ways to advertise your mobile app.

3. Not Thinking About The User

When designing and launching your app, the most important thing to remember is that the app should always be about the user, the person who will download it and install it on their device. While it is a fantastic marketing tool, this should never be its primary role.

The best way to approach this is to put yourself in the shoes of your customer. What features would you like to get in an app like yours? How often would you like to receive notifications about new deals? What behavior would cause you to delete the app from your device?

The app user is the core entity in this relationship and you need to keep this in mind, always.

There are quite a few more mistakes that SMBs can make when launching their mobile apps, such as not worrying enough about security or not designing the app to match the rest of their brand’s visual identity. Still, the three we covered above are definitely the most serious and impeding of them all.

Make sure to avoid them.

AUTHOR: James D. Burbank has spent more than half of his life in marketing. He runs a business blog called BizzMarkBlog with a few friends of his.

How to Turn Your Employees into Social Media Superstars