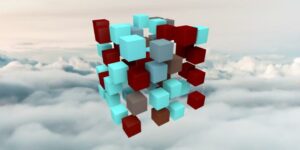 Not too long ago, I was talking to Ben (not his real name), a manager working at a design firm, and he was going over some of the tough stuff they are running into while planning for additional IT capacity. His firm just landed several new projects that would require them to add more people. A good number of them would be working remotely.

Their existing setup was an on-premises cabinet of blade servers that handled their website, email, and document management system. It was already running near capacity. Clearly additional infrastructure is needed, but office space alone was an issue, so they were considering renting dedicated servers instead of purchasing additional hardware. He was given little wiggle room in the budget to splurge so he was trying to list how exactly how many boxes they’d need to rent from a data center.

How about the cloud?

I asked Ben if he ever considered just putting their infrastructure in the cloud so as not to worry about capacity. He replied that upper management wasn’t too keen on getting rid of their existing on-premises infrastructure, since these were already a big issue in the previous cycle’s budget review from their more “senior” CFO. Tough break. It would’ve been easy to just put things in the cloud and not worry about scalability and specs and capacity issues.

Then it hit me. It’s so easy to throw the cloud argument into most IT infrastructure discussions these days. There’s something seemingly magical about how the cloud simply obscures all of these decision points that used to bug IT people. There’s no hardware to buy or maintain. There’s no setup. You don’t need the physical space. You can scale the amount of computing you need as your project demands it. And you only pay for what you use.

Clearly going the cloud route has a lot of pros. But why do some business still consider keeping their traditional infrastructure.

Great as the cloud is, some businesses, especially those with existing IT infrastructures, may be reluctant to make the switch and with good reasons.

Not all projects are built for the cloud. Some would have legacy issues where the compatibility between hardware and applications might require more traditional IT setups. It’s not all too surprising to find that some part of large enterprise IT systems are still running on decades-old mainframes. Software designed on older architectures but with proven reliability might not be as functional in cloud setups.

Organizations that are particular about having complete control over who has access to their machines prefer to have them on-premises. Or perhaps, like in Ben’s company’s case, the company has invested too much in the existing infrastructure that bringing up new line items for the cloud may irk the more miserly finance guys.

Cost-wise, it’s still a toss-up. Usually, the scalability and pay-for-what-you-use scheme of cloud computing makes it really attractive. But if you are fully aware of the capacity that you need, you may find renting dedicated servers cheaper. That is, if you know exactly what you need. Dedicated Linux boxes can be rented for as low as $200 a month these days, while low-tier cloud instances from Amazon or Rackspace will cost less. However, these are usually with a quarter of the processing and RAM and sometimes just 1/16th the storage of dedicated server plans.

The good thing despite all of these is that it doesn’t need to be a decision of one versus the other. You don’t really have to go cloud-or-bust deciding where you’d like to place your IT infrastructure. You can easily go for Hybrid cloud setups where you deploy parts of the setup in the cloud and other parts in on-premises infrastructure.

The price of a hardware load-balancing device (HLD) can easily run up to the tune of tens thousands of dollars, and this has to be deployed with the rest of the machines in the cabinet or the data center. Aside from these potential savings, cloud-based load balancing also offers global server load balancing (GSLB), which allows for balancing across data centers in different locations. Setting this up using hardware is a pricey endeavor that requires at least one device for each of the data centers and a central box to manage the distribution. That could end up costing hundreds of thousands, not to mention the cost of labor of installation and ongoing maintenance.

HLDs also have capacity limits, which means scaling will require buying or renting a pricier device. You need not worry about scaling up (or down) with cloud services. Cloud-based load balancing even offers a variety of distribution algorithms. With HLDs, you’re often stuck with what comes with the hardware.

In addition, security features like firewall and DDoS mitigation, could also be availed as cloud-based services in lieu of specialized hardware. These added security features would actually be good additions to Ben’s setup if these weren’t part of the old one, since remote access will be required by the company’s projects.

By opting for this hybrid setup, Ben’s team can now prioritize what to do with the existing and new computing resources. So what’s key here is that deciding between traditional and cloud need not be a black and white decision since cloud-based services can be adopted in a hybrid setup.

Ben still has a lot of things to figure out but at least he’s got more options. If you’re in the same boat as his company, so do you.