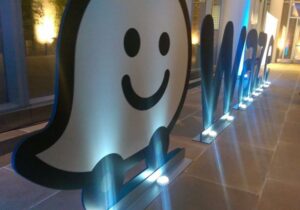 Google has stepped into the transportation industry and is taking on Uber with a new ride-sharing service to help commuters join carpools.

Google, which is a unit of Alphabet Inc, began a pilot program around its California headquarters in May that enabled the workers in that area connect with fellow commuters using the Waze app.

Google plans to extend the service to all San Francisco-area users later this year.

Waze, which Google acquired in 2013, offers real-time driving directions based on information from other drivers.

Earlier this year, Waze’s commerce and ads business development head, Amir Mirzaee, said that Waze is also planning a stronger foray into fast-growing internet market in India and is exploring tie-ups and partnerships with local startups such as Ola and Flipkart.

He added that Waze currently has no plans of setting up a separate team in India, and wanted to remain a lean organisation.

How Does It Work?

In its pilot program, any local Waze user could sign up as a driver, but ridership was limited to roughly 25,000 San Francisco-area employees of several large firms, including Google, Wal-Mart Stores Inc and Adobe Systems Inc.

Riders were limited to two rides a day which were intended to ferry them to and from work.

Contrary to Uber and Lyft Inc, Waze connects riders with drivers who are already headed in the same direction, instead of providing on-demand taxi services.

Waze claims that it wants to make fares low enough to discourage drivers from operating as taxi drivers. The pilot program charged riders around 54 cents a mile – less than most Uber and Lyft rides – and, for now, Google isn’t taking a cut of the profits.

The company said that Waze’s drivers’ incomes will not be taxable because it considers payments through its service effectively as money for gas.

Google, which was once allies with Uber, invested $258 million in Uber in 2013. But Alphabet executive David Drummond’s resignation from Uber’s board were proof of the rising competition between the pair. Uber, which has used Google’s mapping software for its ride-hailing service, recently began developing its own maps.

The two also are racing to develop driverless cars.

Waze’s path in new markets could mimic its development in Israel, where the company was founded. Google started testing a Waze carpool service there last year, and it quickly expanded. The service is now available at all hours in most parts of Israel.

Like Uber and Lyft, Waze’s drivers aren’t employees of the company.

The main selling point of the app is the 65 million active users that it shares with Google who alert other users of accidents ad traffic situation.

Incident Reporting In The Modern World: How Tech Is Improving Safety