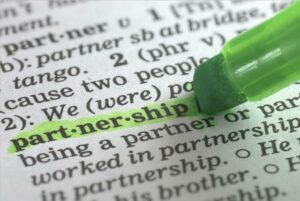 One of the hardest things it seems to figure out are whether an alliance is worth more than the announcement that tells us of it.  Often it seems firms are kind of like teenagers in that they hook up a lot, every time they promise this one is serious, and the next day both parties have moved on.   More like speed dating than marriage.  Let’s use this recent alliance between Lenovo and SAP to look for what makes some alliances last and others not so much.

One of the most famous alliance disasters was between Sun Microsystems and Microsoft.  I was at the announcement and the promise was that both firms would work together to create amazing new products.  But the CEOs hated each other, the deal was to change money for the termination of litigation, and there really was nothing keeping the firms together after the money changed hands.   The memory that will stick with me was Scott McNealy chatting up Steve Ballmer and Steve with a look on his face that indicated rather be anyplace else but next to Scott.

For SAP and Lenovo, SAP wants deeper penetration into the Chinese market and Lenovo needs to be seen as a large scale solution provider in order to make their server acquisition from IBM successful.  These are critical, strategic needs for both firms and this alignment of goals means that both firms have executive sponsored oversight assuring the goals will be met.

One of the most infamous partnerships was between Apple and HP on the iPod.  Apple, who had never done this before, licensed the iPod to HP promising they would exit the market and let HP take over.  This set the foundation for Carly Fiorina getting canned by HP.  Apple made a ton of promises to HP on colors, windows compatibility, and pricing and broke pretty much every one making me wonder where HP’s legal team was when the contract was written.  Apple and HP were competitors and Jobs had gotten wind of an MP3 player that looked as good as the iPod on paper, was far cheaper, and would be offered not only in more stores but it would work better with Windows potentially displacing his own offering.  His partnership offer was a fraud and the entire effort was to kill HP’s competitive offering.

Partnerships between competitors rarely work unless they are tied to common concern, even then they success isn’t certain because competitors not only don’t trust each other there is a very real chance they’ll use the partnership to gain competitive advantage over their partner.

Lenovo and SAP are in very different businesses, Lenovo is hardware with a thin layer of software and services and SAP is a software company much like Microsoft which is Lenovo’s oldest and largest partner.   There is no inherent reason why one company would feel the other is working against their joint or common interests because there are no inherent conflicts.

There are companies that have a methodology for partnering down and they are defined by their successes and there are firms that have a history of paper partnerships that never seem to go anyplace.   Much like you’d look at the past behavior of a person you were going to work with and/or hire to determine their future performance, you should also look at the history of a firm to determine if they are associated mostly with successful or failed partnerships.

Both SAP and Lenovo have a history of working well with others.  SAP is resold by most of the major hardware companies and Lenovo has had successful relationships with EMC, IBM, and Microsoft.   Because both firms have showcased they can and regularly do make partnerships work the likelihood this one will be successful is significantly enhanced.

Wrapping Up:  A Lasting Partnership

Like a good marriage partnerships last when the goals of both companies are aligned, there are no large ongoing conflicts of interest between the firms, and the firms all showcase a sustained ability to make partnerships work.  These are the core foundations of a successful partnership and if they are in place the likelihood the result will be both successful and lasting goes up astronomically.

Does Technology Aid Learning in the Classroom?

How much smartwatch do we need? Is $50 enough?