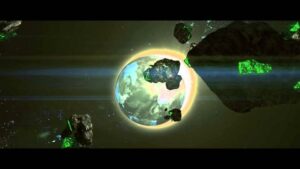 I’m fascinated by FUD (Fear, Uncertainty and Doubt). I came up through IBM and back then we were thought to be the king of spreading FUD about emerging technologies which often seemed to come up and kick us in the butt, anyway.  I think it was largely because, at the time, we seemed to actually believe it was real even though often it simply existed on competitive marketing collateral.

This speaks to one of the problems with a negative marketing campaign; executive leadership may forget that while the effort has to do with creating the impression of failure, it doesn’t assure the competitor will actually fail.

I understand that it is easy to spin a tale on a young and as yet unestablished company or on a typical merger in the segment which often results in a disaster. But in the case of Dell and EMC, given the former’s industry leading acquisition process and the latter’s massive, also market leading, use of analytics to assure customer loyalty, FUD shouldn’t work.   Put differently, assuming both those processes remain in place a FUD campaign against this merger should work as well as a FUD campaign against your mother.  It not only shouldn’t work, it might really piss off the customers.

Generally FUD works because the firm being attacked is too small or lacks the skill set to deal with a negative marketing campaign.   Apple was effective in their PC vs. Mac campaign because Microsoft didn’t know how to respond to it.  Samsung ran a campaign that made it look like Apple only appeals to out of touch old people (Apple does tend to trend towards an older demographic) and they too were successful. However, they were also outspending Apple by 3x at the time which they clearly couldn’t sustain and Apple took that lost share right back.

So FUD works when a competitor’s voice becomes more trusted than the company being attacked and the result is lost sales because the customer believes the competitor.   But it is only effective if the company doesn’t touch the customer and for Dell and EMC in particular FUD shouldn’t work well at all.

My first research studies on Dell were back in the 1990s and it was fascinating in that though their quality was actually pretty low, their customer loyalty and satisfaction were high.  We saw the same thing recently with Tesla; the initial quality of their newest vehicle was actually very low (so low that Consumer Reports dropped them off their recommended list even though their previous car was the highest rated in the service’s history) but their customer loyalty was very high.

In both cases, this reflects the companies practicing high touch with customers across the board. For Dell, their quality has improved dramatically since the 1990s so customer loyalty remains high as a result.  Most recently, they have gone private and this has allowed the firm to focus down on customer needs much more sharply. That’s because they don’t have the distractions that a public company has with regard to activist investors or an unreasonable focus on quarterly results or the massive compliance requirements public companies have to maintain.

We add to this Dell’s acquisition process that is second to none because if focuses on initially identifying the core acquired assets and then on protecting them and the result is a firm that should be nearly immune to FUD.

EMC is a very different kind of beast in that it is still public but in contrast to Dell a few years back they implemented the most aggressive customer loyalty program in any enterprise company ever attempted.  In one of the first major showcases of applied analytics, they effectively instrumented each of their customers so they could scale intimacy.

Much like Dell’s acquisition process is unique in the industry, EMC’s customer loyalty program is equally unique.   This allows them to prioritize activities based on customer impact, including everything from new product features to services. They can even decide between these vastly different approaches by assessing what would have the greatest impact on customer loyalty.  In effect, EMC executives have a digital dashboard that tells them how to most effectively use their budget across their entire portfolio of products and services to assure customers remain loyal.

This should effectively be a FUD bulletproof vest.   A more recent example of this at work is that after EMC noticed a certain amount of nervousness in their base over the deal, David Goulden, CEO of the company’s Information Infrastructure organization, posted a blog reiterating the company’s commitments to customers. These include no changes to EMC’s focus on customer experience, R&D, preserving customer choice (interoperation), enhancing partnerships and aggressively responding and operating according to customer feedback.

Dell and EMC are both uniquely structured to defend against FUD though both do it in very different ways.  It will be interesting to see what results after the companies merge because, I expect, Dell will adapt EMC’s customer loyalty program. We already know that EMC will benefit from both Dell’s acquisition process and by becoming private as a result of the acquisition.   The end result should be the most customer focused technology company at scale that has ever existed.  Now that is something worth looking forward to.