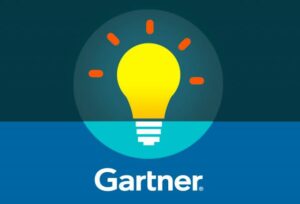 Gartner is the largest and most powerful of the analyst firms is also often one of the least right.  They cover a massive amount of technology but are nearly infamous for not using it themselves.  For instance their publishing methodology appears to go back to before there was an internet pretty much assuring that anything they release will be months out of date before their customers see it.  It can still take months to edit and review a research report after the results are tabulated.  This is in a world of social media when folks are looking, and getting guidance real time from services like Ombud (I’m a board member of Ombud).

Blackberry, in their latest post, is pissed because Gartner has ranked them down not only throwing out their massive market share but most of their advancements many of which were actually recommended by Gartner.  This is like being penalized for not training hard enough after you had upped your training and actually won an Olympic gold medal.  If nothing else this erodes trust in Gartner.

Let’s talk about this.

For a research firm advising companies on cutting edge technologies like real time Business Intelligence, Big Data Analytics, and Enterprise Mobility Management you’d think they’d be poster children for using these technologies properly.  Analytics in particular would be critical to not only defining what customers were using, but what they needed and weren’t getting both core elements of any IT Analysts market report.  But there is no evidence they’ve even acquired the skills to run a current generation analytics application let alone actually use one to provide the real time information value that their clients think they are paying for.

I don’t do this work at all myself because it takes a company the size of Gartner to do this but what Gartner actually does is actually rather easily executed by a number of smaller research firms.   Their analysts, if asked, are fully capable of recommending a solution but their opinions are rarely used to plan their own IT purchases and Gartner IT is almost famous for being outdated and underfunded as a result.

Now I don’t expect the analysts are happy about this as the sweat the question, “so, since you like the technology so much, what were the results of you implementing it?” This is because the answer is that Gartner IT wasn’t funded to implement it.   If you want to have fun go to a big session at Gartner Symposium on analytics and listen to their lead analyst provide advice on what to deploy to improve your customer satisfaction.  Then ask them, given they are a research house, if they follow their own advice.  The analyst will dodge and dance, but likely say no.  Now ask them why and watch them do everything they can to avoid saying “because our IT folks and management are idiots”.

I often comment on technology firms that don’t use their own technology and my standing advice, and I know some of my Gartner peers agree with me, is don’t buy from a firm that refuses to, and this is an industry term, eat its own dog food.

Now I’ve been there, when I was at Giga early on I was the telecom analyst and I was riding with the then head of research asking what idiot chose our phone system (ironically I’d been the competitive analyst on that system and tried to kill it because it sucked so badly).  Unfortunately for me the head of research was the one who had selected the system and after that we implemented a policy of using our own research to make technology decisions.  Largely because it was pretty damn clear that phone system sucked.

What folks don’t get from the Gartner model is Gartner’s profit comes from vendors.  Basically their operating expenses are covered by IT shops but what pays the bonuses is Vender revenue.  By doing reports like the one Blackberry is complaining about untimely they are pissing off vendors to an amazing degree because these tech vendors know it shouldn’t take this long to release a report and, since they are following Gartner’s advice, now feel they are being unfairly punished.

In Blackberry’s case the report didn’t take into account updates to BES12 Cloud or their acquisition of WatchDox both of which were connected to Gartner recommendations in some way.  It also left you Blackberry’s highly publicized and praised support for Android, Samsung KNOX, and Android for Work.  It didn’t even give them credit for their big market differentiator, end to end security for Android the platform in most desperate need of it.

Ironically Gartner placed Blackberry as a niche vendor even though their EMM customer base exceeds the combination of many of their better ranked competitors.  I’m sure it feels to BlackBerry like Gartner wants to put them out of business for no good reason other than they can’t get reports done timely.

I was a Senior Auditor in IBM long before the web and even we would amend audit reports to reflect things that were fixed before publishing even if it was simply to say “this has been corrected” largely so we didn’t have pissed off VPs looking to find us a new career at McDonalds.  The fact is punishing people for things they have corrected months prior to a report being issued is both mean and stupid.

Gartner isn’t really a competitor of mine.  They provide very different services so taking a shot at them isn’t even remotely shifting revenue from them to me.  Strangely I bet that many of my Gartner peers agree with me that Gartner should be a living showcase of their advice and closer to the cutting edge of technology like analytics, and the technology practices and elements they advise.  Gartner has pretty much knocked out most of their competitors but the web has long since become a bigger competitor than Gartner has ever seen.  At their size their one advantage is that they can afford what us small shops cannot, they can become a showcase of their own advice and execute far more timely.

But with the advancement of services like AWS it these technologies are becoming more and more available to us independents and we are forming loose federations to provide Gartner like services.  This isn’t happening overnight but it is getting close to critical mass.  If Gartner doesn’t step up to the challenge and move from the practices of the 1990s to the technologies and real time capabilities of today they’ll be gone by the end of the decade.

Wrapping Up:  A Linux Moment is Coming

One final thought, recall Linux.  Microsoft was unbeatable at the end of the 1990s but they pissed their customers off so much they collected around Linux and Android (among other things) resulted.  There have been several discussions where Gartner’s big Vendor customers have indicated they’d fund and equip a new generation firm if only to create a better (not more biased) alternative to Gartner that would behave more fairly and actually have a better grasp of technology than Gartner currently collectively does.

If either of those things gets to critical mass, there will be a number of Gartner analysts unfortunately (through no fault of their own) unemployed and a bunch of mentally challenged Gartner executives who deserved their fate. It would be wise if they perhaps spent a little of the time they spend giving advice to actually following that same advice before the market turns and makes them obsolete.

The Punisher is Headed to Daredevil