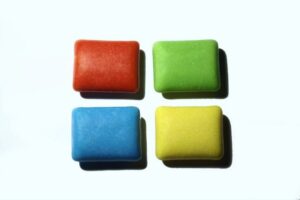 Windows 8 haters rejoice! With the release of Windows 10 quickly approaching, it’s time to preview the operating system, give you a sneak peek of what’s in store, and answer some pressing questions.

Will Windows 10 simply be an upgrade to Windows 8.1?

No way.  The relative failure of its most recent operating system, Windows 8, helped to prompt a re-organization among the top executives at Microsoft and shift its vision for the future.  As a result, Microsoft Corporation announced Satya Nadella as the new CEO of Microsoft in early 2014. In the official statement from Microsoft, Bill Gates expressed his satisfaction with this change in leadership by saying, “During this time of transformation, there is no better person to lead Microsoft than Satya Nadella. Satya is a proven leader with hard-core engineering skills, business vision and the ability to bring people together. His vision for how technology will be used and experienced around the world is exactly what Microsoft needs as the company enters its next chapter of expanded product innovation and growth.”

This “next chapter,” which includes the release of Windows 10, puts primary focus on allowing users to seamlessly move between their phone, tablet, and PC multiple times a day.

What happened to Windows 9?

Some people speculate that skipping over Windows 9 was part of an attempt to separate the new operating system from the unpopular Windows 8.

CEO, Satya Nadella keeps it simple though. When he was asked what happened to Windows 9, he answered, “It came and went.” Does that answer your question?

What can you expect from Windows 10?

Windows 10 is a complete rethink from start to finish. The biggest difference between this release and any previous Microsoft Operating System, is its ability to run programs across multiple devices and not have to worry about compatibility.  Here are some key features as listed on the Microsoft Blog:

•    With the OneDrive app setup correctly on your phone, every photo you take on your phone will show up automatically in the Photos app on your Windows 10 PC.•    With the latest upcoming version of the Music app, you’ll be able to store and access your music from OneDrive not only on your PC but now also play it anywhere, for free, on your iOS or Android phone (this already works on Windows phones). This means the music playlists you spend hours putting together on your Windows 10 PC will now show up and be playable on your phone, automatically.•    Take a note wherever you are—notes you write on your PC in OneNote will show up on your phone. And any note you tweak on your phone will get synced to your PC.•    And you can work on your Office documents from any of your devices, without worrying about moving files around.

How much will Windows 10 cost?

According to the Microsoft website, they will offer a free upgrade to Windows 10 for qualified new or existing Windows 7, Windows 8.1 and Windows Phone 8.1 devices that upgrade in the first year. Once a qualified Windows device is upgraded to Windows 10, they’ll continue to keep it up to date for the supported lifetime of the device, at no extra charge.

Sounds great, when can we get it?

While Microsoft has said Windows 10 will be available this summer, there has been no official launch announcement. But, according to Kit Guru, we should expect to see it at the end of July. Lisa Su, chief executive officer of AMD spilled the beans during the company’s quarterly conference call saying, “What we also are factoring in is, with the Windows 10 launch at the end of July, we are watching the impact of that on the back-to-school season, and expect that it might have a bit of a delay to the normal back-to-school season inventory buildup.”

It is unconfirmed whether this is the date the product will be available to consumers, or PC makers. I guess we’ll just have to wait and see!

In the meantime, if you’re looking for invaluable knowledge on Windows 10 and how it will impact the future of technology, you can download “Inside Windows 10: An early look at Microsoft’s newest Operating System” for free ($14.95 value) for a limited time here. It reveals valuable information and an expert’s perspective on Windows 10, while remaining accessible and not too ‘jargon-filled’.

Victims of cyber-crime: the law is not on your side