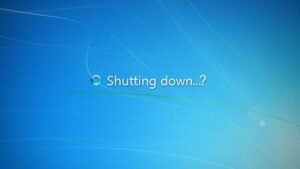 Microsoft may be getting on to Windows 9 soon, but it’s time to move on for the greater good.

What’s really valuable to you in your digital world?

When it comes to your data you can pretty much store it for years and years on a physical drive or in the cloud. It’s amazing how much junk you can hold on to when there is no cost and there is no consequence.

If you hoard physical junk you may end up dying under a pile of trash surrounding by 30 cats. If you pile digital crap you know that someone is just going to give you more storage for free because they realize they didn’t give you enough free storage previously.

What does that have to do with Windows?

To start with, you don’t need a single product from Microsoft to be able to do anything that is of any value to you in the digital realm.

Secondly, Microsoft doesn’t make products for you. It makes products for corporations, their IT departments, and the network of resellers and systems integrators that use its products to build their own services and products on top of them.

You are essentially tying yourself into a very bloated infrastructure that has no end in sight or any hope of adapting to  new software paradigms.

For example, OS X and Linux have both had virtual desktops for years. Microsoft is just about to get them in Windows 9. Then there is the UI thing with Microsoft. They are still struggling with the Start button. What to do, what not to do.

In fact, Windows 9 is going to take changes in Windows 8 and dial them back apparently.

Rather than being a sweeping overhaul in the vein of Windows 8, Windows Threshold actually appears poised to dial back the gargantuan changes found in that operating system. Microsoft has already announced that the Start menu is coming back to the OS, joined by the ability to run Metro apps in discrete desktop windows. Recent leaks (including Foley and Warren’s own reports) suggest other, mostly pro-desktop tweaks are inbound, including virtual desktop support, the removal of the Charms bar, and—possibly—the introduction of Windows Phone 8.1’s sassy virtual assistant, Cortana, to Windows proper.

So, just get rid of Windows. Move on. Start admitting to yourself that you don’t need it and that you would be better off to ditch it.

You may not like the Genius Bar at an Apple Store. You may never use a Linux system, ever, but you are mobile. You can find an email provider, and docs, and storage, and social media, and everything that you need somewhere else.

It will be better. It will feel like a weight has been lifted off of you. The experience will be lighter. You will feel young again.

You will actually do Microsoft a favor because it may start to understand that less is more. Less legacy. Less application. Less bloat.

That sounds like Microsoft bashing. It isn’t meant to be. Sometimes you have to be cruel to be kind. If the average user rebels against Microsoft, which to some extent they have then, the business world will follow.

What would be great is to see Windows replaced as a platform everywhere because it will free up data and processes from applications that are not only showing their age but are holding people back. Technology and software development should embrace the world of Agile Development, mobile applications, BYOD, and a culture that is more Google and Facebook than Microsoft and Dell.

We know this. So, why are we afraid of stating the obvious? Window 9 is coming. So what. We’re moving on.

Microsoft is a multibillion corporation. It can make a drastic change and embrace a new approach because it has the cash and the following to do so. It would be painful but less so than sticking to the existing model which just seems to be heavy metal industrial and very little digital.

What truly matters is your data, your processes and your ability to do great things with them. The platform is the Word Wide Web. The client is mobile. Nothing that Microsoft offers today makes you feel like they are part of our modern digital experience.

We should stop Windows before it gets to Windows 10. Enough is enough. Sometimes you just need to press the reset button on everything.

Transform backup and recovery from being reactive to adaptive