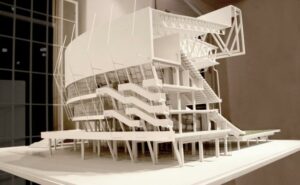 Gartner announced today that 3D printers will be used to print medical devices in just two to five years. According to Pete Basiliere, research vice president at Gartner, in the next half decade “3D printing of medical devices will offer exciting, life-altering benefits that will result in global use of 3D printing technology for prosthetics and implants.”

However it could be a decade before consumer level 3D printing reaches the mainstream. Basiliere continued, “over 200 startups worldwide are developing and selling consumer-oriented 3D printers, priced from just a few hundred dollars. However, even this price is too high for mainstream consumers at this time.”

The reason for the more rapid adoption of 3D printing by enterprise and medical markets is that the process is not yet as simple as pressing a button.

3D printing is actually comprised of seven different technologies each with a set of pros and cons. Describing the process, Basiliere said “First, determine the material, performance and quality requirements of the finished items first; second, determine the best 3D printing technology; and third, select the right 3D printer.”

The key to mainstream 3D printing is the eco-system surrounding the process. The report attributes the speed of adoption of the technologies to the market’s acceptance of “3D print creation software, 3D scanners and 3D printing service bureaus.”

Those of us looking forward to the (seemingly) science-fiction world of 3D printed buildings will have to wait a bit longer, “macro 3D printing of large structures…are more than 10 years away from mainstream adoption. This is not to say that valid use cases for each do not exist: the work on macro 3D printing shows great promise but has only just begun,” The report concludes.

What is Microsoft’s Azure migration strategy?

Why Hiring a Software Development Company is Beneficial These Days

Gem thief convicted for swapping £4.2 million worth of diamonds with pebbles