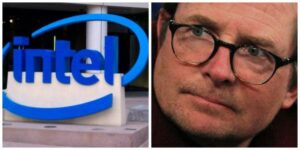 Intel is joining forces with the Michael J. Fox Foundation [MJFF] in an attempt to improve Parkinson’s disease monitoring and treatment by using an advanced big data analytics platform.

“Emerging technologies can not only create a new paradigm for measurement of Parkinson’s, but as more data is made available to the medical community, it may also point to currently unidentified features of the disease that could lead to new areas of research.” said Diane Bryant, senior VP and general manager of Intel’s Data Center Group.

Advances in data collection and analysis allow the wealth of molecular data available to be correlated with objective clinical characterisation of the disease in order for it to be used in the development of new drugs.

Data collection of this type also has the potential to allow researchers to get a better idea of how the disease progresses over time and its relationship to molecular changes.

Intel and the MJFF have already untaken a study that involved 16 patients using wearable devices and data scientists are correlating the data with patient diaries to work out how accurate they have been.

The two are planning to release a mobile app later this year that allows patients to report medication intake in addition to how they are feeling, to allow medical researchers to study the effects of medication on motor symptoms.

Intel’s big data platform, which integrates various software components, is deployed on a cloud infrastructure and in the near future the platform will be able to store other details such as patient, genome and clinical trial data.

It’s hoped that eventually the platform will allow other advanced techniques, such as machine learning and graph analytics, that bring more accurate predictive models to let researchers detect changes in symptoms and change treatment models.

Wearable technology will be an important innovation for the medical treatment sector and researchers at Newcastle University have already shown how Google Glass can help Parkinson’s sufferers to manage the disease.

The iPhone 6: a new kind of Kardashian

Adventures in the dark underworld of cyberspace