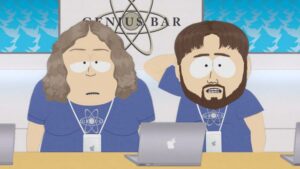 You may have noticed there’s been a rash of diversity reports from major tech companies of late, and Apple is the latest to produce a breakdown of its staff members in terms of their gender, race and so forth.

And the stats show that 70 per cent of all Apple’s 98,000 employees worldwide are male. In terms of leadership roles, that increases to 72 per cent male, and with tech roles it’s further upped to 80 per cent male. 65 per cent of non-tech roles are filled by men.

Race and ethnicity figures were also given for the US, with 55 per cent of the workforce being white, 15 per cent Asian, 11 per cent Hispanic, and 7 per cent black. For leadership roles, the white percentage rose to 64 per cent.

CEO Tim Cook noted: “I’m not satisfied with the numbers on this page. They’re not new to us, and we’ve been working hard for quite some time to improve them. We are making progress, and we’re committed to being as innovative in advancing diversity as we are in developing our products.”

So how does Apple compare to the other tech giants who have been recently spilling the beans on their workforce diversity? It’s quite a similar story, actually, with both Twitter and Google employees being 70 per cent male, exactly the same as Apple, and Facebook being 69 per cent men.

eBay is ahead of the game when it comes to bridging the tech gender divide, though, with only 58 per cent of its staff being male.

Cook also noted that Apple sponsors the Human Rights Campaign, the National Centre for Women & Information Technology, and America’s biggest LGBT rights group, and he stated: “The work we do with these groups is meaningful and inspiring. We know we can do more, and we will.”