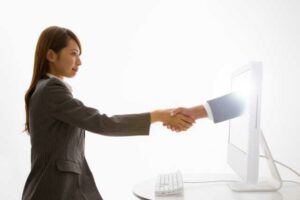 Microsoft’s digital assistant which is featured in Windows Phone 8.1 (in the US) is set to make the transition from the mobile platform to Redmond’s desktop OS, at least according to the latest rumours on the matter.

Cortana will be arriving with Windows 9 according to Neowin, which has been keeping close tabs on Windows Threshold via its sources (Threshold is the test version of Windows 9 being developed by Redmond).

Previously, there were signs of Cortana being incorporated and tested, but that has now been escalated to a point where Microsoft isn’t just looking to see if the digital assistant might fit into Windows 9. Rather, now it’s been pushed forward from engineering builds to a more stable release cycle – in other words, Redmond isn’t merely tinkering any more, but is serious about bringing the assistant into its full-fat OS.

As to how important Cortana could be in Windows 9, well, Neowin notes that currently it’s just a simple app in a small window, rather than any sort of full integrated feature. Of course, that could change and Cortana could be brought more to the fore (or indeed retired, for that matter – all this is still testing).

Cortana has finally landed in the UK with the developer preview of Windows Phone 8.1 Update – aimed at developers, obviously enough – but hopefully the assistant will be available to the general Windows Phone user base soon enough.

As for Windows 9, other major changes Microsoft is mulling include stripping away the Charms bar, and returning a proper Start menu and windows for new-style apps (basically, reverting the less popular notions of Windows 8).

Millions of Android gaming consoles on the horizon