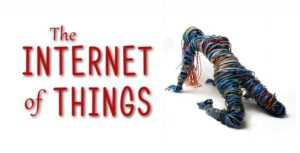 It’s been heralded the as future and celebrated as a beacon of technological advancement, but now analysts are branding the Internet of Things (IoT) as the most over-hyped technology in development today.

For the uninitiated, the concept of the Internet of Things is that one day the world will be completely connected on the web. It has been predicted that within five to ten years every object – whether a fridge or a bed – will have its own online presence.

Gartner, however, says the concept is at the “peak of inflated expectations.”

The analysts have pointed to a lack of standardisation in the area, as well as the changing nature of the technology itself, as a factor in why widespread adoption of IoT may take longer than anticipated.

“A wide number of consortiums, standards bodies, associations and government/region policies around the globe are tackling the standards issues. Ironically, with so many entities each working on their own interests, we expect the lack of standards to remain a problem over the next three to five years.”

According to Gartner, the Internet of Things mania is a prime example of what it terms the “hype cycle.”

This is where a new technology enters public consciousness with low expectations, and slowly gains awareness as its potential become clear. Quanta computing, holographic displays and human augmentation are all apparently in this period.

Eventually, however, expectations reach a peak where the technology is now expected to solve “almost every problem known to humanity.” Gartner claims that self-driving cars, 3D printing and wearable technology are all at this over-hyped stage currently.

If the curve is sacrosanct, soon these technologies and IoT will hit “the trough of disillusionment” where the public realises that the expectations are too lofty to be fulfilled. Gamification, augmented reality and NFC have all reached this point.

It’s not all bad news, however, since Gartner believes that the Internet of Things will eventually hit the “plateau of productivity.” Here, the technology will have had the time for developers to allow it to reach its full potential, and its disillusionment plummet will be far enough in the past for people to give it a second chance.

What do you think? Is IoT overhyped or is there genuinely a space for it in the world today? Let us know in the comment section below or on our live chatroom in the bottom left corner of the page.

Chromebook sales to triple by 2017