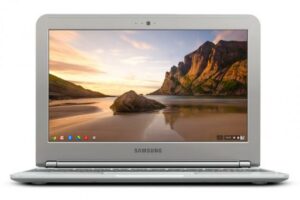 Google’s Chromebook is on the up and up, according to the latest report published by analyst firm Gartner.

This year, Gartner estimates that total Chromebook sales will hit 5.2 million, which is up 79 per cent from 2013. Looking further out to 2017, the number of units shifted should reach 14.4 million, in other words we’re looking at a near tripling of sales inside three years. Which has to be music to Google’s ears…

What’s more, while demand has been broadly fuelled by the education sector over in the States, the Chromebook is becoming more popular with consumers, and this year consumer purchases are expected to account for more than half of sales of Google’s laptop. (In 2013, the education sector was responsible for almost 85 per cent of Chromebook sales, to give you an idea of the sort of shift we’re talking about here).

Gartner also noted the importance of the Chromebook as regards the business world, with Isabelle Durand, principal analyst at Gartner, commenting: “So far, businesses have looked at Chromebooks, but not bought many. By adopting Chromebooks and cloud computing, businesses can benefit; they can shift their focus from managing devices to managing something much more important – their data.”

The analyst firm also broke down the top Chromebook vendors, with Samsung leading by a mile, cornering 65 per cent of the market, and Acer snaffling much of the rest at 21 per cent. HP and Lenovo were in a practical dead-heat for third place at 6.8 and 6.7 per cent respectively, with Dell trailing on 0.3 per cent.

Is the Internet of Things the most over-hyped technology ever?