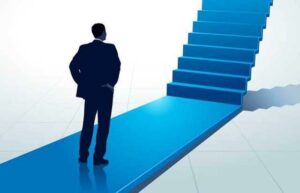 I’m a big proponent of the agile approach to developing systems. We here at Burnside Digital have been using agile techniques for years and they have allowed us to be more responsive to changes and bring numerous products to market in record time (and under budget).

But there is one step in the agile (or any development) process that is often the hardest and probably the number one reason that projects either fail or take much longer to complete – the first step.

Software developers throughout the decades have often times found it difficult to figure out exactly what the client wants in the first place.  This is commonly called the discovery phase in agile-speak. The basic problem is that in many cases the client simply doesn’t know exactly what they want (or can’t articulate it in terms that programmers can understand).

Agile development understands that in many cases a client won’t know what they like (or don’t like) until they actually see it in action. That’s why we build in multiple iterations and try to present the client with a semi-working prototype as early in the process as possible so that we can change direction early if we have to.

I recently read an article by Rick Freedman on the TechRepublic website, and even though it was written a few years ago he still makes some valid points.

The use of the word “story” is telling; rather than asking a user to describe the “speed and latency requirements” of a system, we ask them what tasks they plan to do when they sit down at the keyboard. In keeping with the “barely sufficient” concept of agile documentation, user stories are short and written in plain English as a simple narrative. So, for instance, a project sponsor asking us to develop an online job site would tell us the following stories about how different users might interact with their proposed system:

From here, as in many other system development efforts, it’s a matter of stepwise refinement and of digging incrementally deeper.

And there’s another reason for applying the user story technique – it forces the customer to remain engaged throughout the process. Since the user story approach requires constant refinement and builds upon itself from prototype to prototype, there’s no other option but engagement for the sponsor.

And that may be one of the other most important parts of the discovery process – keeping the sponsor engaged from the very beginning.