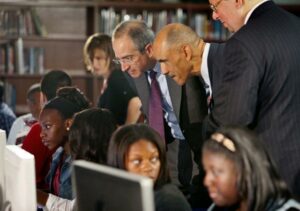 As part of a Back to School promotion, eligible families can receive everything from complimentary Internet, discounted computers, and free digital literacy training.

As part of this program, Comcast claims to have connected more than 1.4 million low income Americans to Internet at Home since 2011 and is extending the program in the coming month.

According to Comcast, families who are approved for the Internet Essentials package between August 4th and September 20th, 2014 will receive up to six months of Internet services. In addition, the company is giving amnesty to low income families who could qualify for Internet Essentials but have a past due balance. As a result, customers who have outstanding bills that are more than a year old are now eligible for the program. The amnesty is offered on the debt as long as the customer meets all other eligibility criteria.

Comcast is planning outreach during the back to school season and will be airing public service announcements (PSAs) focusing on the offer and schools where 100% of students receive free lunches through the National School Lunch Program.

Comcast is trying to do some good here through its own resources and the Comcast Foundation and claims to have given more than $200 million in cash and in-kind support. In 2013, Khan made its largest non-profit collaboration with Khan Academy. It has committed to airing hundreds of thousands of PSAs for and providing significant digital promotion, in both English and Spanish, of Khan Academy and its educational resources.