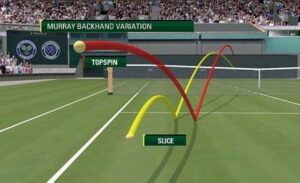 If you’ve read any of our recent articles about the technology being used at the Commonwealth Games in Glasgow, you will hopefully have a better understanding about the enormous behind-the-scenes operations in place at international sporting competitions.

But it’s not just at these global, flagship events where IT is fast becoming a central component. Modern technology, in various forms, is playing a larger role in all types of sporting competitions, and is actually transforming the ways in which we watch and interact with professional sport.

The first way that technology has helped sport is by assisting umpires and referees. The Hawk-Eye computer system, developed in the UK by Dr Paul Hawkins, has become a major part of several different professional competitions, including cricket, tennis and, more recently, football.

The system was first implemented as a broadcasting tool for cricket back in 2001, and in 2008 it was added to the Decision Review System to help umpires with the extremely difficult leg-before-wicket (LBW) ruling. Six specially-positioned cameras track the ball’s trajectory to provide a range of useful statistics including speed, the parts of the field players are scoring their runs in and how far a delivery deviates after pitching.

As for tennis, the system is now a common fixture at over 60 events each season and is used for line calling (to determine whether the ball was in or out), player tracking and providing statistics through virtual reality images. High-speed video footage of 1000fps is used to monitor the ball’s position through 2D, 3D and 4D imagery, in order to track the trajectory and show exactly where it lands on the court. The system has been praised for its accuracy and reliability and is supported by several former players, including former Wimbledon champion John “You cannot be serious!” McEnroe.

Its introduction to the world of football has been a much more recent affair, coming in the form of goal-line technology to finally provide a definite answer to the age-old debate of whether the ball crossed the line. It was first introduced into the Premier League last year and was used during the 2014 World Cup in Brazil after the completion of a licensing agreement with governing body FIFA. Using high frame rate cameras and cutting edge vision processing techniques, the system accurately tracks the ball’s movement, before relaying the information to the referee within a second.

For those of you with Twitter accounts, you may have noticed an abundance of football-related tweets over the summer. This may have either bored or excited you but, whatever your opinion, the rapid and widespread rise of social media has led to major sports events being discussed on a scale never seen before.

The 2014 World Cup in Brazil sent social media records tumbling. Brazil’s semi-final defeat at the hands of eventual winners Germany generated the most tweets per minute ever and became the site’s most talked about sports match. The final between Germany and Argentina then proceeded to become the new most-talked-about sporting event in Facebook’s history.

The statistics from the World Cup easily beat the numbers recorded from the 2014 Superbowl and the 2012 London Olympics, showing that more and more people are flocking online to talk about their favourite sporting contests, and will surely continue to do so in the future.

One of the most important aspects of any sporting competition is, of course, the spectators. Without them, tournaments simply would not exist and, thankfully, technology is helping to make this experience better and better.

HD televisions, multiple online streaming platforms, specialised sports networks, the growth of mobile devices, masses of insightful visual statistics and apps for every event have all helped to make following sport easier than ever.

Add to this the on-site technology now available, such as state-of-the-art scoreboards, instant action replays and personal commentary devices, and we can see that the viewer experience has been significantly enhanced from even a few years ago.

Ultimately, this means that more and more people will be inclined to tune in to national and international sport and, as audiences continue to grow, technology will be on hand to play an ever-expanding role.

Google back on Europe’s hit list over Android OS abuses