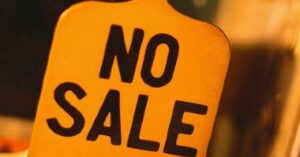 A new study from the New America Foundation shows that personal privacy and U.S. credibility were not the only thing damaged by the NSA’s activities – American tech companies are also being hurt.

Over a year ago Edward Snowden exposed the widespread mischief that the NSA was involved in – the surveillance, the massive gathering of mountains of data, the pressures placed on technology companies and basically spying on everyone including our closest allies. There has been a lot of backlash and outrage (both at the NSA and at Snowden for letting people know what was really going on). But the actions of the NSA did more than just damage the credibility of the U.S. in the eyes of the world, it is having negative effects on how U.S. companies do business overseas.

A new report from the New America Foundation titled, “Surveillance Costs: The NSA’s Impact on the Economy, Internet Freedom & Cybersecurity,” by Danielle Kehl, Kevin Bankston, Robyn Greene and Robert Morgus points out some of the more frightening repercussions that the NSA’s actions have caused to American technology businesses.

As the report states, not only have the NSA’s shenanigans caused world-wide outrage it’s questionable how effective their bulk surveillance was in stopping terrorist plots.

While intelligence officials have vigorously defended the merits of the NSA programs, they have offered little hard evidence to prove their value—and some of the initial analysis actually suggests that the benefits of these programs are dubious. Three different studies—from the President’s Review Group on Intelligence and Communications Technologies, the Privacy and Civil Liberties Oversight Board, and the New America Foundation’s International Security Program—question the value of bulk collection programs in stopping terrorist plots and enhancing national security. Meanwhile, there has been little sustained discussion of the costs of the NSA programs beyond their impact on privacy and liberty, and in particular, how they affect the U.S. economy, American foreign policy, and the security of the Internet as a whole.

The report also points out that “American companies have reported declining sales overseas and lost business opportunities. The cloud computing industry is particularly vulnerable and could lose billions of dollars in the next three to five years as a result of NSA surveillance.”

The NSA has done serious damage to Internet security through its weakening of key encryption standards, insertion of surveillance backdoors into widely-used hardware and software products, stockpiling rather than responsibly disclosing information about software security vulnerabilities, and a variety of offensive hacking operations undermining the overall security of the global Internet.

The U.S. government has already taken some limited steps to mitigate this damage but the reform efforts to date have been relatively narrow, focusing primarily on the surveillance programs’ impact on the rights of U.S. citizens.

We have already seen countries like Germany ban certain American mobile phone carriers due to suspected security issues, Brazil canceled a multi-billion dollar deal with an American airplane manufacturer due to security concerns and China has also banned newer versions of Microsoft Windows claiming it had backdoors allowing the NSA (or others) to steal data from users. A few weeks ago China also claimed that Apple iPhones posed a threat to national security. At the time everyone thought the Chinese press was just being paranoid yet a week later we reported on a talk given by forensic scientist and author Jonathan Zdziarski where he revealed there really are backdoors, attack points and surveillance mechanisms built into iOS Devices.

Just this week Russia proposed that Apple and SAP hand over their source code to make sure their products are not tools for spying on state institutions. Russian Communications Minister Nikolai Nikiforov said, “Obviously, companies which disclose the source code of their programmes are not hiding anything, but those who do not intend to establish cooperation with Russia on this issue may have undeclared capabilities in their products.”