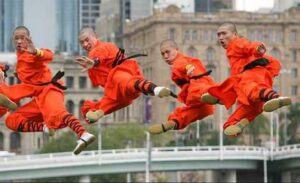 Redmond has once again come under scrutiny in China, following the government’s declaration of Windows 8 as a security risk two months ago.

According to Reuters, government officials from the State Administration for Industry & Commerce paid a “sudden visit” to Microsoft’s offices in Beijing, Shanghai, Guangzhou and Chengdu yesterday, a fact which has been confirmed by Redmond itself. A Microsoft spokeswoman didn’t elaborate on the exact nature of the visit, but said that the company was happy to help with the officials’ enquiries.

One source noted, however, that the operation was likely the first act of an antitrust investigation.

Microsoft is a big target to fall under the Chinese anti-monopoly microscope, and for some time now over in the US big business has been becoming increasingly worried about how China is leveraging its weight in this area.

It’s not the first controversy to afflict Redmond in the Far East, either, as back in May China went on a tirade against the latest version of Windows, with Windows 8 being declared a security risk by the government. The OS was banned and shunned, and apparently still is, perhaps in favour of Windows 7, as China looks to upgrade from XP following Microsoft discontinuing support for its old operating system.

Cost may be another issue when it comes to Windows 8, as it has been previously suggested by officials that Redmond should drop the price of its OS.

Of course, all the many stories about the NSA’s tendrils reaching into tech giants like Microsoft and Google are unlikely to have done the firms any favours over in China.

Microsoft needs to tread carefully, that much is for sure, particularly as it is set to launch the Xbox One in China come September following the cessation of the country’s console  ban; it’s a territory that Redmond hopes will help pick up some sales slack in the battle against Sony’s PS4.

Netflix buckles to another ISP: This time it’s AT&T

Be the app, my friend, be the app