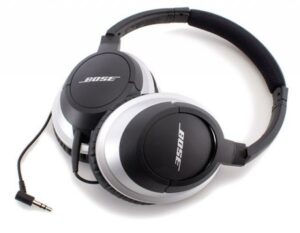 Beats Electronics is being sued by audio rival Bose over its use of noise cancelling technology.

The Massachusetts-based firm claims that Beats has infringed five of its patents, prompting a loss of sales.

The legal action occurs two months after the announcement that Apple is purchasing Beats in a deal worth $3 billion.

Ilya Kazi, of the UK’s Chartered Institute of Patent Attorneys, said that it was not unusual for takeovers to be followed by this kind of litigation.

“It’s not uncommon, because when companies are in the process of being taken over they don’t want the uncertainty of litigation. So, they are more likely to be inclined to settle. It’s a good time to apply leverage.”

The patents in dispute have been revealed on the Prior Smart patent website.

They all focus on a technique called active noise reduction (ANR), which Bose was granted the rights to over a nine year period between 2004 and 2013.

“ANR is a technique to reduce unwanted noise by introducing a second sound source that destructively interferes with the unwanted noise,” explained Bose’s lawyer, Shaw Keller, in documents filed with Delaware District Court.

“ANR headphones typically use at least one microphone to detect unwanted ambient noise, and the headphone speaker produces soundwaves of reverse phase to destructively interfere with the unwanted sound.”

The technology was originally developed for use by the US Air Force and Army, before launching to consumers in 2000.

Bose claims that Beats failed to license its technology despite being informed that this would infringe its intellectual property.

As well as Beats, various audio companies such as JVC, Sony and others offer noise cancelling technology, but it is not clear if these companies have also infringed upon Bose’s patents.

The BBC has asked both Beats Electronics and Bose for further comment, but so far both firms have declined.