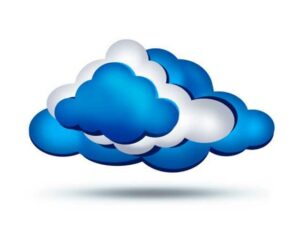 Tuesday, after the close of market, Microsoft will release their Q4 earnings report and according to the experts things might not be all that bad.

Even after Microsoft announced that they were downsizing the company to the tune of 18,000 workers (mostly from their ill-fated Nokia acquisition) things might not be so dire for the company – at least from an investor’s point of view.

In fact, Microsoft stock was up a fraction in early afternoon trading on the stock market today, near 45. Microsoft stock touched a 14-year high of 45.71 on Thursday, after it announced the job cuts.

According to recent reports even though earnings per share are expected to be down 9% from 66 cents in the year-earlier period, revenue is expected to rise 15.3% to $22.98 billion, down slightly from Friday’s consensus estimate of $23.08 billion.

Even though IDC and Gartner have both predicted flat or slightly declining sales of PCs in Q2 this year compared to last year, the decline is less than most analysts predicted and that’s a good thing for Microsoft.

According to Gartner sales of PCs in the U.S., Europe, the Middle East, Africa and Japan are actually growing while sales in the Asia-Pacific market, China and Latin America declined. According to Michael Turits, an analyst for Raymond James & Associates, “This mix should help Windows revenue, since developed markets (have) generally higher average selling prices, and piracy rates are lower in developed markets, which should help.”

Turtis also believes that Microsoft’s cloud business is doing well and could serve to boost earnings. “Our large U.S. reseller checks were solid,” he said. “Cloud momentum continues. Resellers reported solid uptake of Office 365 and Azure. We continue to be positive on Microsoft’s enterprise businesses and the company’s move to the cloud.”

These days, as more and more companies are turning to the cloud, it’s not surprising that Turtis makes mention of Microsoft’s cloud offerings as a key point in bolstering the company’s earnings going forward.

According to Massoud Marzban, VP of Business Development‏ at Burnside Digital, “A lot is riding on Microsoft’s continued push into the cloud space. These past few years have been about companies learning the advantages of cloud-based services and taking tentative steps toward deployment. But increasingly, our customers have realized there are real, measurable benefits of moving to the cloud. The cloud is no longer a fad, it’s a fact of doing business today.”

While Microsoft’s Q4 earnings report might not be much comfort for those employees receiving pink slips, even if it is positive, it could turn around some impressions that Microsoft is on the ropes. And nearly $3 billion in earnings is still nothing to sneeze at.