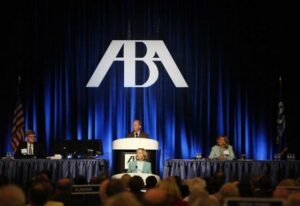 The American Bar Association is urging its lawyers to try and refrain from filing online pirating lawsuits as it may be causing “public relations problems”.

“…while it is technically possible for trademark and copyright owners to proceed with civil litigation against the consuming public who affirmatively seek out counterfeited products or pirated content or engage in illegal file sharing, campaigns like this have been expensive, do not yield significant financial returns, and can cause a public relations problem for the plaintiff in addressing its consuming public,” the lawyer’s association recommends.

Online piracy has become a huge problem in recent years, with thousands of file sharing sites popping up all over the web. One supposed cause of this is the ever-expanding price of media.

Particularly controversial was the Record Industry of America (“RIAA”) which is notorious for cracking down on online piracy and file sharing in the past couple of years. However, since most music piracy lawsuits only yield a couple of hundred pounds each, the RIAA has since turned its focus on investing in its prevention.

The memo hasn’t dissuaded some people from trying to crack down on infringement of their work, however.