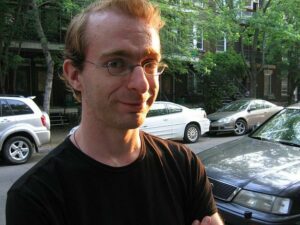 A Google employee has taken to the web to analyse the company’s culture.

Avery Pennarun, a software engineer at the tech powerhouse, posted an update on his blog last week, entitled “The Curse of Smart People”, in which he delivered a back-handed compliment to his employer.

“I continue to be amazed at the overall smartness of people at this place,” Pennarun wrote. “Overall, very nearly everybody, across the board, surprises or impresses me with how smart they are.”

However, he quickly revealed that this is also an inherent problem, adding, “Smart people have a problem, especially (although not only) when you put them in large groups. That problem is an ability to convincingly rationalize nearly anything.”

According to Pennarun, a large proportion of Google employees have managed to wrap themselves in their own perfect worlds, choosing to rationalise things and use logic to explain – often incorrectly – everything.

This can make them delusional and far too confident in their own abilities.

“Working at a large, successful company lets you keep your isolation. If you choose, you can just ignore all the inconvenient facts about the world,” he added. “[Google’s] setup … makes it very easy to describe all your successes (project not canceled) in terms of your team’s greatness, and all your failures (project canceled) in terms of other people’s capriciousness.”

Anybody at the company who doesn’t fit this mould is described as exhibiting “Impostor Syndrome”, which translates as somebody who isn’t “quite as convinced that everything in the world is logical.”

The irony, according to Pennarun, is that these so-called impostors are potentially even more important to Google than anybody else.

“They’re looking around them and finding something wrong, an intuitive sense that around here, logic does not always agree with reality, and the obviously right solution does not lead to obviously happy customers, and it’s unsettling because maybe smartness isn’t enough, and maybe if we don’t feel like we know what we’re doing, it’s because we don’t.

“Impostor Syndrome is that voice inside you saying that not everything is as it seems, and it could all be lost in a moment. The people with the problem are the people who can’t hear that voice.”

Airbnb fined by authorities in Barcelona