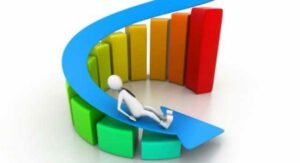 According to the latest Gartner report traditional desktop PC sales will slip again next year but the decline is not as bad as in the past two years.

According to Ranjit Atwal, research director at Gartner, “2014 will be marked by a relative revival of the global PC market. Business upgrades from Windows XP and the general business replacement cycle will lessen the downward trend, especially in Western Europe. This year, we anticipate nearly 60 million professional PC replacements in mature markets.”

The traditional PC market (desk-based and notebook) will follow the same downward trend and is on pace to contract 6.7 percent in 2014 and 5.3 percent in 2015.

Gartner estimates that sales of tablets will see a relative slowdown in 2014 to reach 256 million units, an increase of 23.9 percent from 2013. Lower demand from users for tablets with smaller screens, some in favor of larger screens, in mature markets, and the shift towards phablets in South-East Asia are slowing global tablet penetration. “The next wave of adoption will be driven by lower price points rather than superior functionality,” said Mr. Atwal.

Gartner’s numbers are not terribly surprising. Desktop PC shipments have been dropping for a number of years. Some of this is due to economic influences but much of it is due to the fact that laptops have gotten more and more powerful (and of course offer portability). As Windows 8 matures and more companies complete (or begin) their transition away from NT we can probably expect PC sales to get a slight boost but not enough to keep them from slipping even more.