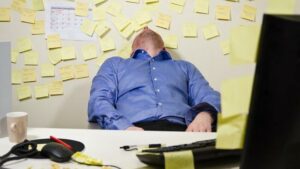 The days of frantically closing your browser tab as your boss walks by may be at an end, as a workplace version of Facebook is in development, it is being claimed.

An unconfirmed source at the company told TechCrunch that the new version was in development at its London offices, but it has not yet been established whether this is a standalone site or just a work-friendly version.

The source said, “We are making work more fun and efficient by building an at-work version of Facebook.”

Internally, the staff at Facebook already use the social network for work purposes, such as messaging and scheduling meetings.

The source also claimed that the site had been in the works for some time.

“Facebook employees find using Facebook for work communication really useful. This has been on the list of things to do for three years but just hasn’t made it to the top of the list,” it said.

The internal development project has been given the provisional title of FB@Work. Previously, the social media giant has looked into creating a separate version of the site for users under 13 years of age.

The latest venture looks set to place Facebook head to head with LinkedIn by giving businesses and individuals who already use the site a way to market themselves in a work capacity. The social media giant has refused to comment on the speculation.

Businesses to Box and Dropbox: you give us security headaches