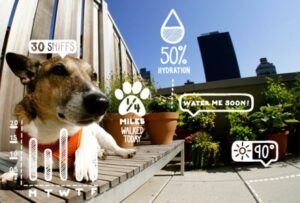 A recent survey of 400 IT professionals in the United States and the United Kingdom, commissioned by Infoblox found 90% of respondents either planning or already implementing IoT solutions and the expectant strains on their networks.

Another interesting revelation of the survey is that almost two thirds of respondents (63%) believe the IoT to be a threat to network security.

The research, carried out in May, was conducted online and collected 400 responses from US and UK network managers and executives involved in building, running, and managing enterprise networks at firms with over 1,000 employees. The majority of respondents — 90 percent — are either planning or already implementing solutions to cope with the increased demands on networking caused by IoT projects. The resources necessary to implement IoT projects are already on hand, with 78 percent of respondents saying they have a large enough budget and 75 percent sufficient staff numbers. Despite low-growth IT budget trends, 89 percent believe they’re ‘very’ or ‘quite likely’ to receive more budget in the next year due to IoT demands, and 73 percent believe the same to be true for staffing.

Address-based storage is the past: Introducing content-centric storage

Apple Maps: getting better every day