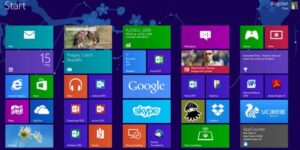 Microsoft is rumoured to be delaying the arrival of a start menu on Windows 8.1 with a third update due next year including the oft-requested feature and it will have a knock on effect on the release date of Windows 9 “Threshold”.

Tom’s Hardware quotes unnamed sources that state a third refresh, unofficially called Windows 8.1 Update 3, will arrive in Spring 2015 and come with a start menu that was supposed to be included in the imminent Windows 8.1 Update 2.

Spring 2015 was meant to see the release of Windows 9 “Threshold” and the same sources reported that it is being pushed back until Q2 or Q3 2015 as a result of the new Windows 8.1 update. Narrowing it down to certain months, it means that Update 3 gets an April 2015 release and Windows 9 will see the light of day in June 2015.

When it comes to Update 2, prolific leaker WZOR reports that it will be delivered free of charge to Windows 8.1 Update 1 users and other Windows owners offered it at an “affordable price”. WZOR added that the same is going to happen when Windows 9 is released with those that upgraded to Update 3 able to update free of charge.

EightForums’ user Indianatone also reported that during a routine call to Microsoft about an activation the conversation turned to when Windows 9 is being released and the customer support representative confirmed it would be around this time next year.

It’s been rumoured for some time that Windows 9 will be a “OS to rule them all” and feature complete cross platform integration with Windows 9, the latest version of Windows Phone and the Xbox One.