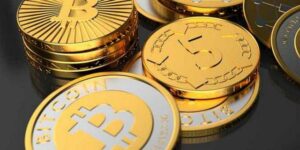 A list of prospective bidders for a significant haul of US-government seized bitcoins has been leaked by the very administration that is organising the auction.

The US Marshals Service accidentally revealed the confidential email addresses of interested parties when messaging them about the process and it has already apologised for the mistake that “was in no way intentional”.

The “gaff” was revealed by CoinDesk, a bitcoin news site, and it now holds a list of those that requested more information about the auction including Fred Ehrsam, co-founder of UK-based payment processor Coinbase.

“The US Marshals Service [USMS] sent an email to individuals who had enquired about bidding in the Silk Road Bitcoin auction informing that that a new FAQ had been published on the USMS website. However, the recipient list was accidentally exposed because it was copied rather than blind copied,” CoinDesk reporter Joon Wong told the BBC.

It all concerns the US government plans to auction off around 30,000 bitcoins [£10.2 million] on 27 June, which were seized during an FBI raid in October 2013 linked to the dark web marketplace titled Silk Road.

The coins form part of a civil forfeiture and criminal action taken against Silk Road owner and founder Ross William Ulbricht that was undertaken following his arrest last year.

Wong added the list is not a watertight run down of registered bidders so isn’t a significant breach but the email addresses themselves would be enough for most to identify the bidder involved.

“It is more significant in terms of giving us an insight into the agency handling this auction,” he said. “The USMS is the first government agency to conduct a crypto-currency auction. Its clerical error has compromised the anonymity of individuals who contacted it, so this doesn’t inspire confidence.”

USMS announced the auction last week and informed prospective buyers that it would need a bidder registration form, a copy of a government issued ID as well as a $200,000 [£117,500] deposit wired to an American bank and that all winners have to pay the amount in cash with no instalments accepted.

5 Tips for Launching Your Marketing Strategy