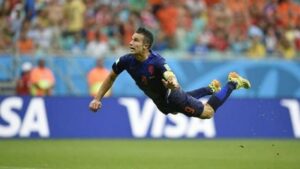 Video streaming at work is due to reach fever pitch as the FIFA World Cup 2014 dominates worldwide chatter. During the 2010 World Cup in South Africa, web browsing traffic increased by 35 per cent during match time, whilst YouTube traffic grew by 32 per cent on post-match mornings, and despite employers’ best efforts to maintain their employees’ focus, it’s likely that browsing history will repeat itself with this year’s tournament.

Whilst bosses across the country will be concerned about office productivity, their IT counterparts will have to struggle with the unusually high demands placed on the corporate network for the next five weeks. If the corporate network can’t stand up to the higher demands placed on it, business-critical applications such as email and video conferencing can stall, putting both business performance and the IT manager’s reputation at risk.

This year’s tournament holds an even greater threat to corporate networks than 2010’s, as the prevalence of tablets and smartphones in the workplace has risen dramatically. In 2010, IDC estimated that some 302.6 million smartphones and 18 million tablets were shipped worldwide. That figure is miniscule in comparison to the 2014 forecast, which predicts 1.2 billion smartphones and 270.5 million tablets will be shipped before the end of the year. With the rise of BYOD (bring your own device) and the nascent IoT (internet of things) IT managers now have the unenviable task of handling a situation where employees are connected to the network through multiple devices.

The most obvious solution to these network woes is to invest in more bandwidth, ensuring each application can run despite the added strain placed upon the network. However this is arguably unnecessary and costly investment. Why pay for the extra bandwidth day-in-day-out to cover this sort of intermittent network pressure?

A more prudent choice is to empower the IT manager to have full visibility over the network itself, allowing dynamic prioritisation of applications. If an IT manager is able to see where and why the network is lagging, a restriction on the bandwidth allocated to those processes deemed unnecessary for the running of the business (such as video streaming) ensures that those critical applications run smoothly and effectively at all times.

Whilst this may leave your IT manager as an unpopular presence amongst your company’s football fanatics, the peace of mind that your business’ vital applications will run efficiently, no matter what the situation, is key to the role of effective IT management.