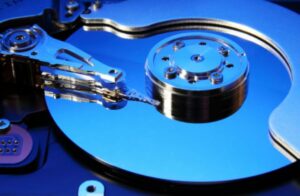 When it comes to data loss, the biggest bugbear by far is hard drive failure according to a new piece of research from data recovery outfit Kroll Ontrack.

Of those surveyed – which was over 1,000 Kroll customers, drawn from businesses and home users across the globe – 72 per cent said that their last data loss incident involved a desktop or laptop spinning hard disk. SSDs came in second on 15 per cent, and RAID/virtual services on 13 per cent.

66 per cent said that the cause of this last data loss was a hardware crash, with 14 per cent noting that it was due to human operator error, and 6 per cent said software failure was to blame.

Breaking the survey down into business and home user responses, a PC crash was the leading cause of data loss in both these categories, with 71 per cent and 72 per cent respectively. SSD device loss ranked second, but in this case the percentage was much higher for home users on 18 per cent, with businesses on 10 per cent.

Paul le Messurier, Programme and Operations Manager at Kroll Ontrack, commented: “Storage media fails regardless of type; it is just a matter of when. This fact, coupled with the fact that HDDs are still the most prevalent drive is why HDD crashes have and continue to be the most common cause of data loss.”

He added: “To avoid such a failure, one should regularly defrag their computer, check its storage capacity, and run antivirus software as well as hard drive monitoring software. Beyond good health practices, businesses and home users should have working redundancies, such as a backup device or service in place, and continuity plan that is current and accessible in the event of a loss.”

As for the results of these data losses? With businesses, 27 per cent of respondents said that the most recent incident had disrupted a “business process” (i.e. providing a product or service to a customer, so presumably resulting in a financial loss of some kind). 15 per cent also said they’d lost personal data from their business PC, and 7 per cent of respondents admitted losing data pertaining to the business from their home PC.

While you’re here, you might want to peruse our closer look at business backup strategy.

Why the Twitter-Amazon partnership will be driven by customer experience