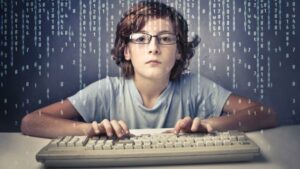 A new study from 02 has found that the growing demand among UK employers for digital skills is being hampered by parents who wish to foster a different set of skills in their children – namely football, ballet and the violin.

Three quarters of a million digitally skilled workers are needed to fuel the UK’s economic growth but the survey has found that out of 2,000 parents over a third (38 per cent) would prefer their children to pursue “traditional” professional careers.

The result is that parents’ analogue ambitions for their children run the risk of damaging the UK’s competitiveness in an increasingly digital world. It’s no secret that British companies are crying out for young digital talent, but with a lacklustre nationwide ICT curriculum it is parents who hold the key to fostering these valuable skills in the next generation of technology professionals.

Worryingly, the survey found the root cause of the problem to simply be ignorance. Most parents were oblivious to the value of digital skills with almost a quarter (23 per cent) believing that they are irrelevant to their children’s future career success. Another 18 per cent don’t think that employers care about digital skills at all.

When pushed further, the survey found that one in three parents (38 per cent) admitted to not knowing enough about the digital economy to support their child in making informed career choices.

Ann Pickering, HR Director at O2, said: “The digital revolution has transformed not just the way we work, but the way we live. With many businesses now on the hunt for skills and expertise that simply didn’t exist ten years ago, it’s no surprise some parents are struggling to keep pace.

“The growth of the digital economy presents a huge opportunity for young people – they possess native digital talent but they need the right support both at school and at home. What’s clear is that some parents want a helping hand so that they can provide that vital support. “

Andrew Sumner, Monster’s Managing Director, UK and Ireland, added: “It’s clear from our numbers, and the conversations we’ve had with employers who use Monster’s services, that digital skills are in demand at all levels. Even if young people do choose to pursue a more traditional career path, they will still need a solid set of digital skills to be considered for a role.”

Do you think that we could be doing more to encourage a new wave of digitally skilled employees? Let us know in our poll or the comment section below.

XSS vulnerability in TweetDeck gets a fix