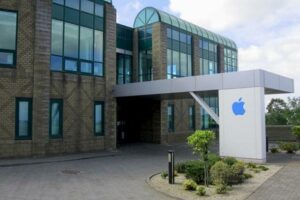 The European Commission is set to open formal investigations into Apple’s tax arrangements with Ireland.

Last year, the US Senate accused the country of functioning as a “tax haven for Apple.” By funnelling profits into Irish subsidiaries that had no declared tax residency, the company was able to pay just 1.9 per cent tax on its $37 billion overseas profits in 2012, despite the average tax rates in its main market areas standing at 24 per cent.

The European Commission will look to confirm whether Apple’s tax affairs are in violation of EU rules on state aid.

Competition Commissioner Joaquin Almunia said: “In the current context of tight public budgets, it is particularly important that large multinationals pay their fair share of taxes.”

Under current regulations, companies much charge their subsidiaries market rates, and the investigation will determine whether Apple over-charged part of the company for goods or services as a way of shifting profits.

Apple had claimed that there is not special arrangement in place between themselves and the Irish government. The company stated, “We have received no selective treatment from Irish officials.”Apple is subject to the same tax laws as scores of other international companies doing business in Ireland.”

The Irish Department of Finance reinforced the technology giant’s position, saying, “Ireland is confident that there is no state aid rule breach in this case and we will defend all aspects vigorously.”

The investigation, which also sees Starbucks and Fiat under scrutiny, may look to recoup lost tax earnings from Apple if the company is found guilty.

Amazon plans to sell you babysitting