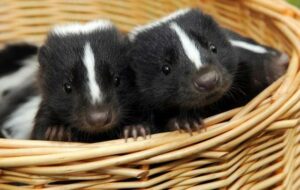 Just when you thought the two cable giants couldn’t screw things up any more than they already have a new study from the American Customer Satisfaction Index reveals that both companies hit the bottom of the list when it comes to customer satisfaction and, it turns out that Internet service providers are the most reviled industries in the U.S.

Subscription TV and Internet service providers (ISPs) sink to the bottom of the American Customer Satisfaction Index in its annual measure of communications industries. According to the latest ACSI results, ISPs drop 3.1% to an ACSI score of 63 on a 100-point scale, while subscription TV falls 4.4% to 65. These industries, which include many of the same companies, are the worst performing among 43 tracked by the ACSI.

“The Internet has been a disruptor for many industries, and subscription TV and ISPs are no exception,” says Claes Fornell, ACSI Chairman and founder. “Over-the-top video services, like Netflix and Hulu, threaten subscription TV providers and also put pressure on ISP network infrastructure. Customers question the value proposition of both, as consumers pay for more than they need in terms of subscription TV and get less than they want in terms of Internet speeds and reliability.”

Cable giants Comcast and Time Warner Cable have the most dissatisfied customers. Comcast falls 5% to 60, while Time Warner registers the biggest loss and plunges 7% to 56, its lowest score to date. High prices, slow data transmission and unreliable service drag satisfaction to record lows, as customers have few alternatives beyond the largest Internet service providers.

As regulators take on the implications of the broadband uber-company that could emerge from a Comcast-Time Warner Cable marriage, another scaled-up competitor is in the making. AT&T announced its $49-billion deal to acquire DIRECTV, a proposal reflecting a reality where TV and telecom continue to blend into “one mutant industry.”

Comcast and Time Warner assert that their proposed merger will not reduce competition because there is little overlap in their service territories. Nevertheless, it’s a concern whenever two poor-performing service providers merge—as well as unlikely that combining two negatives will be a positive for consumers.

That’s pretty much how we see it too. Come on Google, launch those balloons already!

Rent-a-Drone: best idea we have heard

Garmin is dedicated to runners